Not yet uhuru for gender equality 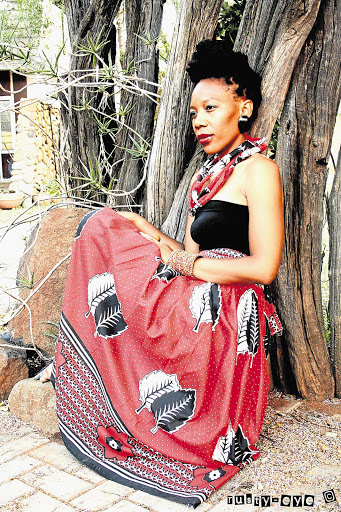 "After 20 years of democracy there have been many positive changes towards the role of women and equality, but we are not there yet."

Wa Chaane says women are still fighting for equality and the Women Empowerment and Gender Equality Bill was adopted only recently. "We should have been past this stage already."

Her father was the greatest influence in her writing. "He used to work at a publishing company, and we were always surrounded by books and dictionaries. He used to make us read newspaper articles out loud to him when we were kids," she says .

Wa Chaane, born in Mamelodi in Tshwane, is now a poet, author and research associate at the Sol Plaatje Museum in Kimberley.

Like many teenage girls, she kept a journal while at school and wrote "silly love poems".

"It was during my university years that I started to write with understanding and purpose, my mind having been exposed to different philosophies and a vast variety of books. I've never stopped writing."

She decided not to publish poetry first because she wanted to establish herself as an author. Her recent book, Black Diamond Wife, is her first poetry collection.

Her first book, Discovering Your History, was a biography for children about the life of literary giant Plaatje. Her second book, The Story of Garamatale,documents the history of the Batlhaping people of Schmidtsdrift, who were forcibly removed from their land in 1968.

"Women's Month is an opportunity to celebrate womanhood and contributions by women in our society; also to reflect on the struggles that women have overcome, and to remind myself that I come from an ancestry of warrior women.

"We celebrate womanhood every day, but to have a month dedicated to women, that can remind those who have forgotten the might and vigour of women, which is a force to be reckoned with."

Her greatest consolation is to hear the women of her generation roar. "Their voices are not easily silenced, they speak their truth unashamedly and with conviction. I pray that every girl child will be able to speak, and be heard," she says.