From herdboy to headline act 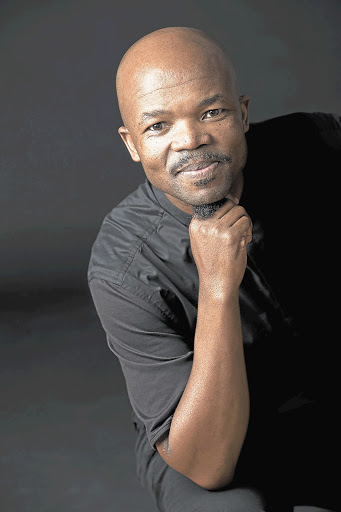 ACHIEVEMENT: Edmund Mhlongo says directing Amambazo is the proudest moment of his career.

HIS father used to tell him that he'd one day grow up to become a clerk at multinational consumer goods company Unilever, but Edmund Mhlongo had bigger dreams.

The little herdboy from rural Nkwenkwe, Melmoth, in KwaZulu-Natal is now a Master's graduate from Sussex University and has written and directed acclaimed musicals that have toured Europe and Africa.

He is also a producer graduate from the Hollywood Film Institute.

Directing Amambazo: The Musical is by far the proudest moment of his career, he says.

"This for me is like winning a Tony Award. Working with Professor Joseph Shabalala and humble Baba Mazibuko has been awesome. I learnt a lot and I feel privileged to have been asked to script and direct the story of the four-time Grammy-winning Ladysmith Black Mambazo."

Directing Amambazo, which opens at the Playhouse in Durban on Thursday, contributed to his growth spiritually, he says. "I can't wait to see this story turned into a film ."

His journey started from humble beginnings.

"I grew up a rural boy, herding goats, then cattle. I was walking 10km every day to St Paul's Mission School doing my primary education - where Standard 5 (Grade 7) was the highest standard," he says.

"I learnt my singing craft herding cattle and doing stick-fighting. I was a leader at a young age - even formed my own isicathamiya group, copying from what my father was doing. Every Easter and December holidays my father used to organise isicathamiya competitions and that's where the music influence grew in me," says Mhlongo.

His secondary schooling was spent in KwaMashu, where he lived for 24 years. Today he is still based in KwaMashu, working from the Ekhaya Multi Arts Centre that he built in 2003.

"I was always bright at school. We also used to do woodwork, which taught me how to carve traditional items and made me love my roots. I always got best marks for this, which included working with clay," Mhlongo reminisces.

He also played soccer at school and says he was very good at it.

"At secondary school I was always No1 in class - with history as my best subject. All Zulu novels were read by me in the classroom because of my dramatisation skills when reading them," he says.

Mhlongo says he loved theatre and film, but never dreamt he would make the performing arts a career.

"At high school I was a (protest) poet. I was also in the choir because all young boys were forced to sing tenor."

He was a big fan of western and kung fu movies and the KwaMashu Cinema and the Dreamland in Albert Street, Durban, became his second home.

"I was inspired by films - mainly those by Simon Mabhunu Sabela such as Nyakanyaka, Deliwe and Ikati Elimnyama. In the early 1980s I watched every Gibson Kente play that came to KwaMashu's YMCA. That inspired my theatrical love, I believe," says Mhlongo.

His first break came while he was studying at the University of Durban-Westville.

"I was a poet and a cultural activist. I was on student committees that organised annual cultural festivals. People like Mzwakhe Mbuli and Vusi Mahlasela used to come and do workshops with us on poetry. I wrote my first play, There is an Answer, while a student at university, which was followed by The Turning in 1990."

His first major theatrical break was when his first musical, We Are Alive Kids, about Durban street children, was invited to tour the UK and Denmark in 1996.

"I applied for a scholarship with the UN and World University Services in 1991.

"I was accepted at the University of Sussex, England, where I did my Master's in development economic studies from 1991 to 1993."

While doing his Master's, he also attended weekend classes on film writing and directing and theatre directing.

"Studying abroad opened my eyes and motivated me to initiate projects that would benefit my community. Overseas, arts is business and I wanted to combine my business skills to advance art at community level," Mhlongo says.

He is happy he chose the arts over a "regular job".

"My parents wanted me to be either a lawyer or a clerk, which I did not understand. My father always said: 'Uzoba umabhalane kwa Unilever' (You'll be a clerk at Unilever) - where he worked for 35 years.

"I am a creative being, created by the Creator to manifest His creativeness in the world," says Mhlongo.