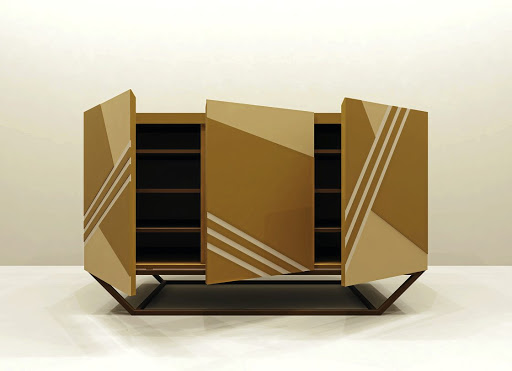 Some of the items produced by Shange hark back to his childhood in a traditional home setting in Durban.

Artist Sifiso Shange is a modern storyteller, a creative and he communicates all this through his unique pieces of bespoke furniture.

Often dubbed the Zulu modernist. Shange is the founder and creator of his entity called Afri Modern. He said he was documenting his experiences through art and the love for SA design.

In many of his media interviews, Shange thanks the universe, God and the ancestors that guide him, but also puts the teaching from his family in the forefront of this guidance.

Shange proudly said he tells stories through his furniture made from pure wood. He has recently also delved into the world of designing contemporary sneakers.

"I'm rooted in preserving culture, the past and present. I'm doing it for future generations. From a young age, I've always been immersed in art," he said.

"As a young man I've always been fascinated by the connection between the arts, culture and traditions. At school and varsity it was the same, and that's the very reason I ended up doing interior design as my major at varsity."

Shange, 28, delights in his work, which he said he has waited for three years for it to be recognised, with the emphasis being in the universe and the space we live in. He specialises in manufacturing custom-made servers and cupboards.

Most of the furniture pieces are named after and inspired by Zulu names and symbols, like Isiphambano (cross); Ihawu (shield); Intombi (maiden); Mfanaka'gogo (grandson); Insizwa (young man) and Muhle Muhle (beauty) among others. He said he was raised in Durban, but in a traditional Zulu way of life and his grandparents, parents, siblings and family members played a huge role in his upbringing.

"I'm a product of all the women in the Shange family. For instance we celebrate umemulo. When our sisters go into womanhood we capture those significant moments. When a child is born we create furniture that speaks about new life that has engulfed the family." 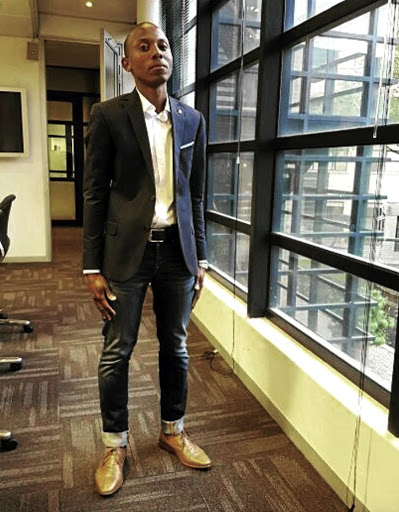 Sifiso Shange is the founder and creative director of Afri Modern, creators of unique furniture with an African feel.

Shange went to Castlehill Primary and Newlands West Secondary School both in Newlands, in Durban and graduated as an interior designer from the Durban University of Technology in 2014. Thereafter he moved to Joburg to pursue his arts calling.

"My work is a reflection of messages of positivity, the life we live and celebrate, the romance, family ceremonies, rituals and tributes. Every piece I create reminds me of who we are.

"I'm proud of my culture, proud of being a South African, an African, to push the South African narrative and take it to the world. People of the world want to know about Africa, that's why I'm documenting my experiences through art."

So who purchases Afri Modern pieces of art? Shange said he does not put a price on his work. "The value of my art work goes beyond the price. It's priceless. It is for people with a heart for custom-made pieces. We live in a world that stands to make us unique. It's special work for people who love quality designs with artistic feel.

"People must not buy the piece and come back two years later for a new one because they discarded the first one. The work of art must stay with them for more than 20 years, something their kids can value."

Shange said the servers or cupboards must be a tribute to your mother, grandmother, it must celebrate a journey - from a girl to womanhood. It must become a family treasure that grows with the investor because the designs tell a new reimagined African story.

Shange has showcased his work at the Emerging Creatives in Cape Town - main class, as well as the inaugural Designing in Wood exhibit at 100% Design South Africa, both held last year.