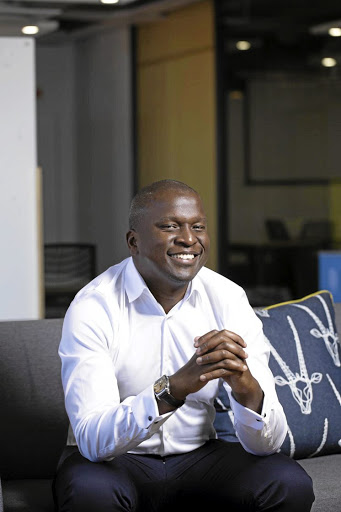 Founder and owner of tech company QuickLoc8, Mbavhalelo Mabogo, which has developed an app for taxi bosses to keep tabs on their drivers

The violence in the taxi industry in SA cannot be overemphasised as the underlying battles over the over-traded commuter transport sector and taxi routes among other strifes have become a daily occurrence.

But a tech entrepreneur from Thohoyandou in Limpopo, Mbavhalelo Mabogo, is trying hard to make a difference by addressing the challenges besetting the sector with his platform and app, called QuickLoc8, pronounced quicklocate.

Mabogo's start-up was registered in 2015 with Companies and Intellectual Property Commission (CIPC) but only started operating in 2017.

Quickloc8 is a real-time vehicle and passenger tracking solution for the taxi industry. It is used by taxi owners to locate and track their vehicles and drivers ferrying commuters on designated routes.

"I've always wanted to have a solution for the taxi industry to improve the way they operate. I grew up using taxis and wanted to figure out an app that is accurate and easy to use to help owners, as they can always start and stop the taxis with the app," he said.

Mabogo, 37, said Quickloc8 is mostly used by owners on their phones to check where their taxis are, from the beginning to the end of the trip.

His company is based in Cape Town where he studied mechanical engineering at the Cape Peninsula University of Technology and for an MBA at the University of Stellenboch Business School.

"I developed software for the app for a good two years and did numerous changes - testing it with the local industry and getting feedback - on what they liked and didn't like. It had to be simple and user-friendly.

"We had to do some education and train [with] the users. Some of them are not tech savvy. Explaining to them what data is, what an app is, I saw their faces light up. Now they are coming back to us telling us, 'Now I have so much power and control over my drivers'."

Innovative techpreneur Khomotso Malakalaka has launched an online grocery shopping and delivery app, The GoodGrocer, that is set to take retail ...
Business
2 years ago

The app, according to Mabogo, is meant to bring about transparency and trust between the owner and the driver. "An owner can immediately call the driver to order if the taxi veers off its route. This app will come in handy, it will be working overtime during this Easter weekend as the owners have to monitor their drivers."

Mabogo admitted that his journey towards perfecting the app has not been easy. "It had to be accurate and precise in locating the taxis. Some taxi owners even came back to us complaining that the app was not accurate. We were patient enough and invited them to work with us, to empower them in a way.

"Remember, business people are sceptical. Firstly, they don't want to scammed. Secondly, they avoid getting trapped in contracts they don't understand. So we have to be patient with them, ultimately we all spoke in one voice and today we are partners," he said.

Besides having been mentored and undergone incubation, Mabogo has been fortunate to have received a R2.2m grant from the National Empowerment Fund (NEF) to help fund his start-up business Quickloc8.

Mabogo said the partnership with the different taxi associations in the Western Cape and the Eastern Cape, where the app is predominantly used, was very strong. "As most of the owners are affiliated to taxi associations we attend their meetings, AGMs and the like."

He said the next platform and app they are developing were aimed at associations in order to help them monitor and regulate the industry.

The next big step will be to move to other provinces, the first stop being his home province Limpopo, where the app will be launched by June.

Mabogo said the business has grown through word of mouth. "We started small in Cape Town and the surrounding townships. We expanded to the whole of the Western Cape and the Eastern Cape because most of the long distance taxis travel from Cape Town to the cities, towns and villages in the Eastern Cape."

Innovative techpreneur Khomotso Malakalaka has launched an online grocery shopping and delivery app, The GoodGrocer, that is set to take retail ...
Business
2 years ago
Next Article