Siyanda Luthuli's not happy to just go with the flow 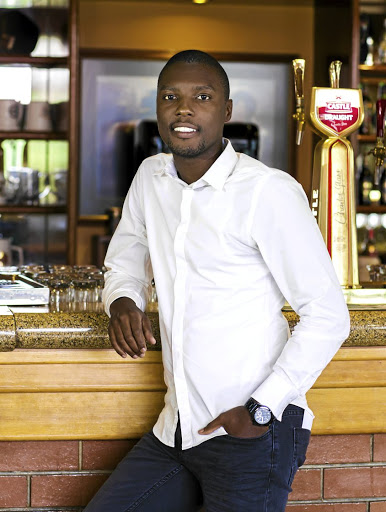 Growing up in eThekwini, KZN, and being raised by an economically independent and self-employed family, Siyanda Luthuli always wanted to emulate his parents and be his own boss.

Consequently, by the time he completed his matric at George Campbell Technical High School 10 years ago, Luthuli was a driven man. He wanted to mirror what he witnessed his family members doing over the years.

Luthuli, 28, is now the gratified owner and managing director of Spectra Flow, a small but fast-growing mechanical pumps company in Durban, KwaZulu-Natal.

Founded in 2016, the business specialises in pumps that transport anything in liquid form, such as petrol, diesel, oil, water and even edibles like fruit juices and cool drinks.

"After matric I went to study mechanical engineering at Mangosuthu University of Technology. From a young age I've always had the desire to immerse myself in technical work," said Luthuli.

While working for one of the biggest firms in Durban specialising in mechanical pumps, Luthuli saved half of his salary towards realising his dream and in 2017 he resigned with capital of R70,000 saved over two years.

"I saw an opportunity of a small business, to start small then take it step by step. I researched and did costing, then waited for the right moment.

"I want Spectra Flow to become one of the most respected and sought-after companies in the mechanical pumps industry."

Thabisile Hlongwane mixes it with the big boys

The business supplies pumps within the production industry as well as offers installation and repairs to faulty pumps, and services those due for maintenance.

"In addition, it offers laser-alignment services and computer-aided design (CAD) drawings for pump-set and other mechanical requirements.

"The mechanical pumps sector is currently dominated by white businesses. I'm still a small player in the scheme of things but opportunities to roll with the big guns are opening up."

Engineering entrepreneur Luthuli was fortunate that the same year he quit his job, he applied for and was accepted into the National Youth Development Agency (NYDA) Entrepreneurship Programme in 2017.

The programme awarded him a R50,000 shot in the arm towards purchasing the equipment he required for his business.

His first big client was the eThekwini municipality water and sanitation department two years ago.

"I was fortunate to land the project. The municipality knew the background of the company I had worked for, so they knew what I was capable of delivering. From then, things started rolling.

"I also had to set up a workshop. The mechanical pumps and engineering industry has stringent rules in order to avoid injuries because we work with heavy metal. At the moment I'm working towards increasing my overheads.

"My goal is to improve efficiency in the industry and differentiating my business from others in the fact that we do 'health checks' on equipment."

Luthuli currently employs three people and plans to employ up to five people by the end of year.

He has big plans for his business.

In the long term he aims to open three more branches - one in Richards Bay, KwaZulu-Natal, and the others in Mpumalanga and Gauteng.

In addition, he would like to add a machinery and fabrication division to the business that would house spares, pipes and base plates as well as have a pumps test bay.

As an SAB KickStart Boost finalist, Luthuli would like exposure and access to the market, as well as procurement opportunities that would enable his business to sustain its growth.

"Being an entrepreneur is something I have always wanted to do.

"When I was employed, I would constantly ask myself how I could improve the services in this industry."