Mapheto rises in the world of print 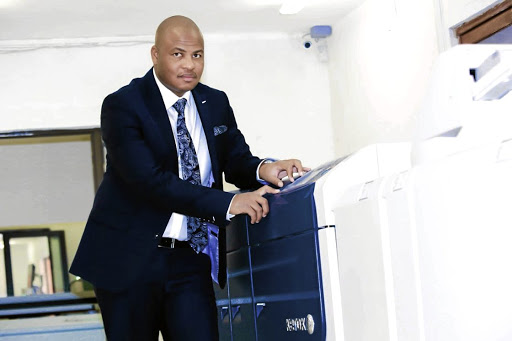 Former Prasa media liaison officer turned businessman Lesedi Mapheto's printing company Lesedi 7 has grown beyond his expectations. The company will move out of its office space in Lyndhurt, north of Joburg, to a big factory it purchased in Benrose on the outskirts of the Joburg CBD.

The company has also decommissioned its old printing machines and bought state-of-the-art ones from Germany and Japan to give its competitors in the mainstream printing business a run for their money.

Mapheto, a former tabloid photojournalist, confirmed that his company has grown.

"We have purchased a bigger building which we will be moving into early next year because our company is growing and we need a bigger space than we have in our current building. Our staff complement has also increased from 10 to 33 and I'm happy that I'm beginning to realise my dreams of being a job creator," he said.

Mapheto said the achievement of his business was not a walk in the park.

"There were too many thorns and bumps on the journey that I needed to navigate through. It is very difficult to compete in this industry without the support of our government despite the fact that we are 100% black owned. Not that I want to criticise our government but despite the capacity we have, we have not been awarded a single tender, contesting for them for so many years.

"Instead they give [them to] people who don't have experience and capacity. Those who won these tenders come to us to do the job for them and in most cases at a much cheaper price than they charge the government. Some clients win tenders without capital to do the job and ask us to give them credit and then they disappear and do not pay us when they get paid by government.

"And when they win another tender they don't come back to us..."

Mapheto said the success of his company could only be attributed to the support he received from the corporate world.

"We wouldn't have been where we are today if it was not for [private sector] support."

Mapheto said though he wasn't wealthy, he slept peacefully at night because he was able to put bread on the table for 33 families.