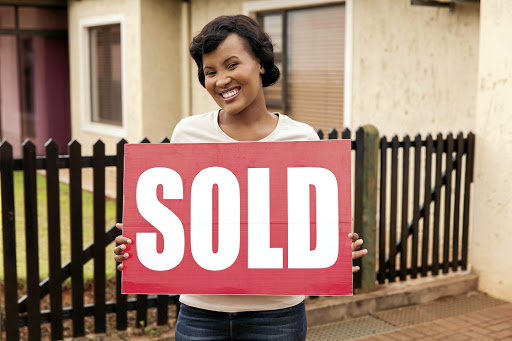 Gauteng female buyers have been increasing since 2016, overtaking the male and married couple markets.
Image: www.delightimages.com

According to Bezuidenhout, this trend could be indicative of female buyers becoming more economically empowered.

Reviewing the volume of sales by buyer type in the four main provinces since 2013, single female owners largely dominate in Gauteng and, by a smaller margin, in the Eastern Cape.

Married couples outweigh other buyer types in the Western Cape and KwaZulu-Natal, followed by single female and male buyers.

Single women in Gauteng and the Eastern Cape are buying more properties than single men and married couples, but are buying at lower prices.

Gauteng leads the property sales market in terms of volume, "and it is very encouraging to see the female market owning this space", said Bezuidenhout.

The Lightstone data shows: "Although single women lead in terms of volume ownership across South Africa, it is evident that single females fall into the lowest-average sales price."

Commented Bezuidenhout: "One could deduct that the gap between male and female average sale price [can be] attributed to the income inequality between the two groups."

Lightstone said its data showed that since 2013, more than 130000 female buyers purchased in the R250000 and under values band.

This quantity is 20% higher than males in the same values band.

It is the most popular price range across all purchasing types.

In a comparison between single males and female purchases over the past five years, males have very similar frequency of purchases across the value bands from R250000 and upwards, but slightly exceed the volume of purchases by single females in the above-R700000 range.

"It is heartening to see that women are becoming more active in these higher value property sales," the report stated.

Rival pounces on Maseepe in public.
News
3 years ago

When it comes to buying cars, a Lightstone consumer study found that women were more likely to ask for advice from family and friends and would come to a final decision at the dealership, whereas men complete their research before entering the showroom.

An analysis of vehicle purchases over the past six months in South Africa shows that women purchase 48% of the vehicles in the market.

The brand with the largest percentage of female buyers is Fiat with 68%.

Hyundai comes in second, selling 63% of its vehicles to women.

Women also feature in the luxury vehicle segment, with 15% of Ferrari buyers being female and 6% of the buyers of Porsche.

"As transformation and the conversation of women in leadership take exponential strides within government and the private sector, women will become more economically empowered," said Lightstone.

"And the view of female ownership will continue to show more growth in all key metrics in the next several years," it said.