From Khayelitsha to Harvard for Luvuyo Rani 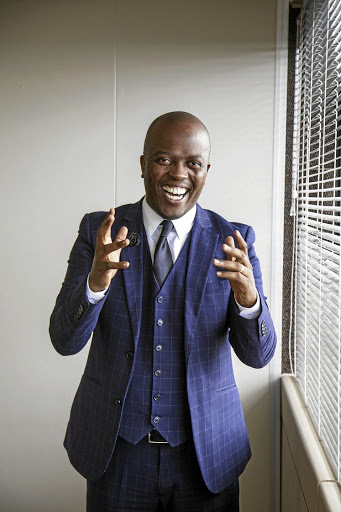 Since its inception 14 years ago, Silulo Ulutho Technologies has evolved from being a struggling computer repair entity to Silulo Business Incubation, one of the leading business and entrepreneurial "schools" in SA.

The technologies enterprise was founded by director, former teacher and social entrepreneur Luvuyo Rani, 43, who said he started by running the business from the boot of his car, buying old computers, refurbishing them and selling the gadgets.

He gradually set up internet cafes, business centres in his home township of Khayelitsha in Cape Town, while establishing one-stop ICT (information and communication technology) centres as the business grew.

"I started by repairing phones, laptops and owning a small internet cafe. When Outcomes Based Education was introduced as a new teaching curriculum in 1997, teachers were struggling to teach using computers," said Rani. "I resigned as a teacher and took a R10000 loan from the bank to purchase my first set of desktop computers for the business, while running around teaching from the boot of my car.

Cash flow makes or breaks a small business. If one does not have the cash to pay expenses and salaries, then one's business can't survive.
Opinion
3 years ago

"As I was blacklisted for failing to pay some of my debtors, my brother Lonwabo, who is now my partner, came to the rescue."

But it was not long before he opened a formal internet cafe at Khayelitsha Mall in 2006. He said he realised there was a need to train more people, not only teachers but also students about how the world of IT functions.

"Funding was a big issue. I wanted to expand so I decided to enter small business competitions such as SAB KickStart Challenge and received R110000 in the regional competition and R150000 in the national round, which helped a lot to establish Silulo Ulutho Technologies. As we speak, it is a thriving franchise."

Today, Rani runs Silulo Ulutho Technologies and Silulo Business Incubation as parallel entities, with the incubation the cornerstone of the business. He said the main purpose of the incubation was to offer networking sessions for potential entrepreneurs.

"We offer entrepreneurs the opportunity to network, insights to upscale their businesses as well as an option to become members of the SBI Network sessions, where they are able to attend networking sessions of their choice."

Since 2007, the incubation reached a total of 35000 students trained, 65 of them through the Media Advertising Information Systems, Electronics and Telecommunications Technologies Seta in Eastern and Western Cape.

Rani, who was part of Team South Africa to attend the World Economic Forum in Davos, Switzerland in 2018, has received numerous accolades for his social impact business.

He has been invited to attend a Leadership for Systems Change programme at Harvard University from May 27 to June 7.

Graduate Shaun Mashimbye about to realise dream of owning lodge

Shaun Mashimbye is one step closer to fulfilling his dream of owning a lodge.
Business
3 years ago
Next Article