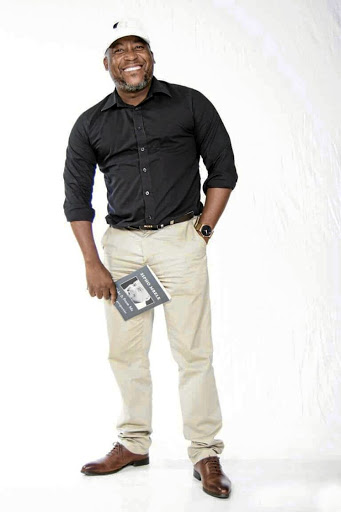 Sipho Mbele is trying to impact the lives of South Africans in a positive way. /SUPPLIED

Literary entrepreneur Sipho Mbele is a man who believes in the adage: If the cap fits, wear it, and to prove this, the businessman is literally wearing many hats at present.

From next week, Mbele, the author, motivational as well as speaker, radio presenter, MC, singer and actor, is embarking on a whirlwind national public speaking tour to several cities and towns.

"The ultimate goal is to get people talking more about things they often avoid to talk about in order to help each other find solutions," he said.

He reveals that she persuaded him to meet, greet and talk to his fans and readers of his books. "We want to take robust discussions we mainly have via social media right to the doorsteps of men and women who have made the compilation and publication of my two books such a success.

"Another purpose is to try and understand how ordinary people are footing their bills in these tough economic times because it can become taxing on the pocket, we want to advice and empower them."

He will be sharing the stage on the first leg in eMalahleni (Witbank), Mpumalanga, and in Rustenburg, North West, with singer and actor Brian Temba, among others.

"We are trying to impact lives in a positive way; we decided to use our own savings and proceeds from the books to finance the tour.

"My take on this is, if Steve Harvey can do it, so can I. I can also say that my 20 years of radio presenting experience played a pivotal role in getting this tour off the ground."

The author said he had just finalised his third book in the series, titled A Man's Perspective - God, Love and other Things, that is due to be published later this year.

"I am also writing a script for my own television series and have also shot an episode of my own talk show."

Mbele said while growing up in Bethal he was oblivious to the possibility of him becoming a performing artist and social entrepreneur.

"But one thing I was always certain about was that I was destined for bigger things. I remember how I used to entertain my school mates and my community playing guitar and singing George Michael's Faith song and at times doing Michael Jackson's moves.

And did Mbele actually attend an acting school or drama school to sharpen his craft?

"No, I did not go to any acting or drama school. I learned just from seeing and watching TV. I am the kind that will know and recite lines from movies.

Mbele is grateful to his grandmother who has been an inspiration to him and bought him his first piano when he was 12 years old.

"I played at church. She is the one person I wish I could see now. There are many others.