SARS cracks down on counterfeit clothing 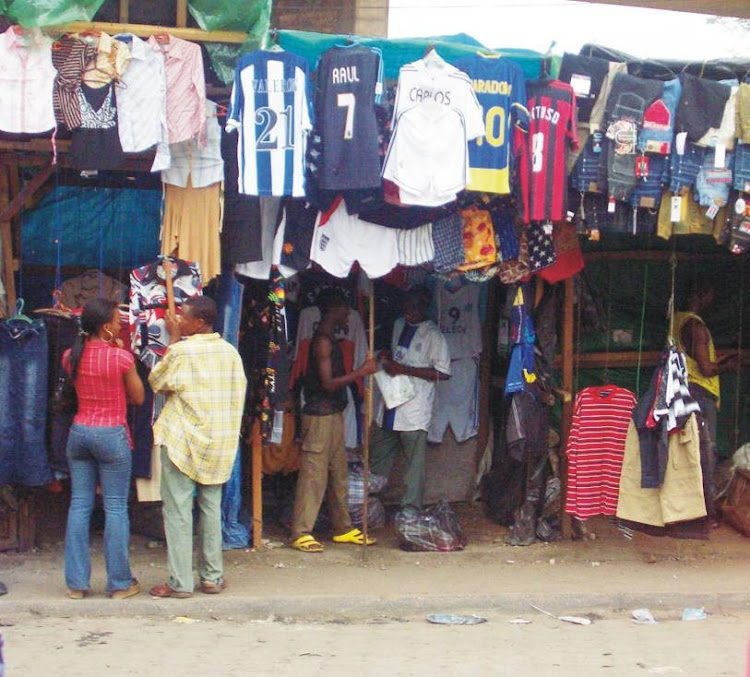 More than R97-million worth of fake clothing was seized by the South African Revenue Service (SARS) in its crackdown against illegal clothing and textile imports this year.

“The local clothing and textile industry has suffered tremendously as a result of the illegal import of counterfeit goods. More recently the industry has also borne the brunt of the import of second-hand clothing that becomes available for resale in the market‚” said Patrick Moeng of Customs Investigations.

He said the import of counterfeit clothing and textiles and other infringements - including under-declaration and misclassification - was a massive problem in South Africa.

AKA has come out to slam recent reports‚ which claimed he is currently in hot water with the taxman.
News
4 years ago

“As a result‚ customs is also focusing on plugging the leaks at non-designated border posts. Three weeks ago there was a bust of suspected counterfeit clothing and footwear‚ with a street value of about R1.2-million‚ at Kosi Bay‚” said Moeng.

“This border post in particular was targeted for being a hotspot of smuggling due to the lack of controls. Every day since the start of the special three-week operation at non-designated border posts‚ Customs has detained suspected illicit or illegally smuggled goods.

“Once we have assessed the risk at these border posts‚ we will focus on strategy and capacity planning at non-designated ports going forward.”

He said illegal imports were having a huge impact on the local clothing and textile industry.

SARS boss accused of protecting Makwakwa 'because of what he knows'

It appears that SARS executive Jonas Makwakwa is being “protected because of what he knows“‚ says chairman of Parliament’s finance committee Yunus ...
News
4 years ago

“Many factories have closed down in the past few years due to the proliferation of cheap legitimate imports‚ as well as the illegal importation of second-hand clothes and counterfeit clothes and shoes‚ particularly from Asia‚” said Moeng. “SARS has introduced measures to address clothing and textile infringements.

“One such measure is the introduction of new risk rules which have led to an increase in the number of stops and inspections of clothing and textile goods.

“We are trying to be as responsive as possible to the industry’s plight.

“We are currently working on numerous clothing and textile cases worth millions of rands.”

SARS commissioner Tom Moyane is standing by his decision to reinstate Jonas Makwakwa.
News
4 years ago
Next Article