R11-billion set aside for extra accommodation for varsity students 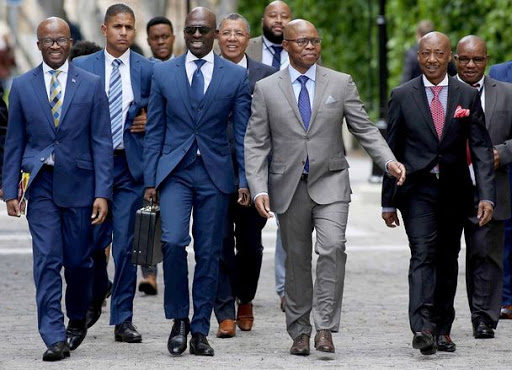 Finance Minister Malusi Gigaba has set aside more than R11-billion to expand accommodation for university students in the next three years.

In his medium term budget policy statement delivered in Parliament on Wednesday‚ Gigaba said the department of higher education was aiming to provide 300‚ 000 new beds at public universities and vocational education training colleges by 2026.

At the same time the budget of the National Student Financial Aid Scheme would be increased to R40-billion by 2020 to assist more than 450‚000 students from poor households to access tertiary education.

Gigaba said the total budget for higher education was one of the fastest growing line items of the national budget‚ and would continue to rise from R77-billion this year to R97-billion in 2020/21.

“This includes the provision of financial assistance to subsidise the education of more than 450‚000 students every year. But clearly more needs to be done‚” said Gigaba.

He said the commission of inquiry into fees for higher education – the Fees Commission — had delivered its final report to President Jacob Zuma and its recommendations would soon be considered for implementation.

Government expenditure of high education has become a political hot potato in the last few years following the rise of the #Feesmustfall movement with various student organisations calling for free education.

Gigaba made his announcement amid threats by students from the University of Cape and the Cape Peninsula University of Technology to march to parliament over free education.

Security around parliament had been heightened in anticipation of the protest.

On social grants‚ the number of beneficiaries was expected to grow from more than 17 million this year‚ to 23.5 million recipients by 2030.

Spending on social grants was due to rise from R251-billion next year to R286-billion by 2020.

Gigaba has also allocated R500-million to the department of water and sanitation for the construction of an emergency water supply scheme in Butterworth in the Eastern Cape.

The money would also be used to expand the capacity of the Thukela Goedertrouw transfer scheme in KwaZulu Natal.

The department will also reprioritise funds for bucket eradication which has seen the replacement of 2‚044 systems in informal settlements.

Public health expenditure‚ which is driven by population growth‚ is expected to grow due an ageing population and other “cost pressures”.

Gigaba said 43% of non-interest spending to provinces was mainly for health‚ education and social services.