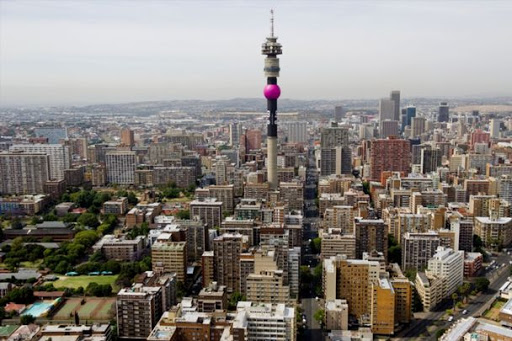 Johannesburg has emerged as the most popular destination city in Africa in 2016‚ followed by Cape Town in second place‚ according to the annual Mastercard Global Destination Cities Index. Durban placed sixth on the list.

Cape Town rose from third place in 2015 to become the second most popular African destination city in 2016 with 1.52 million visitors.

Johannesburg also topped the rankings in Africa in terms of international visitor expenditure‚ with travellers spending US$2.56 billion in 2016.

Shopping accounted for the largest percentage of visitor spend‚ followed by accommodation and dining out.

“The City of Gold has shown the highest year-on-year growth in visitor numbers of all the African cities ranked in the 2016 index‚ illustrating that its mix of shopping‚ iconic attractions and tourism offerings is clearly hitting the mark with international travellers‚” said Anton van der Merwe‚ Head of Market Development at Mastercard South Africa. “Significantly‚ Jo’burg also reported a 4% increase in international expenditure from 2015 – much greater than South Africa’s GDP growth of 0.3% in 2016. This indicates that Johannesburg is well positioned to be an engine of broad economic growth for the country.”

Jozi’s attractions for visitors was highlighted by CNN Travel last week‚ in an article headlined “Johannesburg gaining on its stunner of a sibling city” (http://edition.cnn.com/travel/article/johannesburg-tourism-emerging/index.html)‚ saying while it could not compare with the natural beauty of Cape Town‚ it was capitalising on its urban energy and redeveloping neglected city areas into lifestyle destinations with streetlife and sidewalk restaurants‚ “creating a new life outside of the high walls that surround many suburban homes and shopping complexes“.

“The resulting mix of a younger generation of people has sparked a new creative life in the city’s inner core that animates galleries‚ theaters and bookstores‚” the CNN report said.

The Mastercard Index of Global Destination Cities ranks the world’s top 132 destination cities in terms of visitor volume and spend for the 2016 calendar year. It also provides insight on the fastest growing destination cities‚ and a deeper understanding of why people travel and how they spend around the world.

Some 78% of Johannesburg’s international overnight visitors in 2016 travelled from the Middle East Africa region. Mozambique was the number one country that sends visitors to Johannesburg‚ accounting for 1.02 million visitors or 22% of the total. The rest of the top five origin countries were Zimbabwe (841 000)‚ Lesotho (493 000)‚ Botswana (315 000) and Swaziland (215 000).

According to the City of Johannesburg‚ the Index rating affirms Johannesburg’s position as the major economic and cultural hub in Africa.

“Travel and tourism are increasingly important pillars of Johannesburg’s economy‚ with growth in this sector creating jobs and prosperity for our residents‚” said City of Johannesburg Executive Mayor Councillor Herman Mashaba. “Johannesburg’s malls‚ restaurants‚ trade conferences and expos‚ and sporting and cultural events add up to a compelling tourism package that continues to attract international visitors – both from neighbouring African countries and abroad.”

Cape Town and Durban are ranked number two and eighth in terms of expenditure in Africa‚ with international visitors spending US$1.2 billion and US$314 million respectively.