Safa confirms they received ‘many‚ many’ applications for Bafana Bafana job 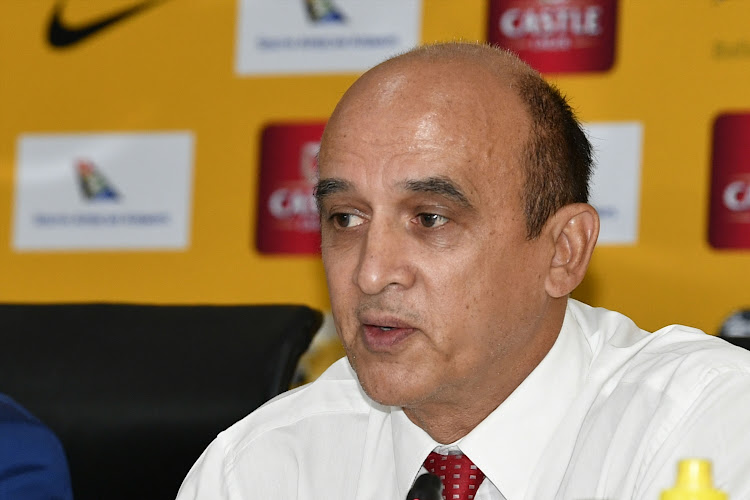 South African Football Association (Safa) acting chief executive Russell Paul has said that there were “many” applications for the Bafana Bafana head coaching job‚ including a good number from outside South Africa.

Molefi Ntseki was promoted from being the U17 head coach and Bafana assistant and caretaker to full-time head coach after a meeting of the Safa National Executive Committee (NEC) on Saturday.

After Ntseki was confirmed‚ Paul was asked if there have been applications for the post vacated by Stuart Baxter who resigned in August from abroad.

“There were many people‚ many‚ many people. That’s why I say‚ if I were to try and give you a list it would be an endless list‚” Paul responded.

Pressed on names‚ Paul said: “I can’t even remember the names now. So I think I would be doing an injustice if I were to name one out of 100 or 250 people.”

Ntseki’s name was put forward in a lone recommendation by Safa’s technical committee in Saturday’s meeting at Safa House and the NEC were convinced enough to then endorse that.

Paul then called Ntseki who accepted the position.

Paul was asked if Ntseki had impressed in an interview‚ or if any interview process had been held of prospective candidates.

“That’s a question I can’t give you an exact answer to because unfortunately in the times when the technical committee met I wasn’t part of the committee‚” he said.

Ntseki (50)‚ who had already been named caretaker Bafana coach for Saturday’s friendly against Zambia in Lusaka‚ now takes charge of that match as full-time head coach.

His head coaching experience includes as national U17 boss‚ who he steered to runners-up at the 2015 Africa U17 Championship and a group stage exit at the Fifa U17 World Cup that year.