Komphela on Hunt at Amakhosi: ‘I am not going to tell Kaizer Chiefs supporters what to do’ 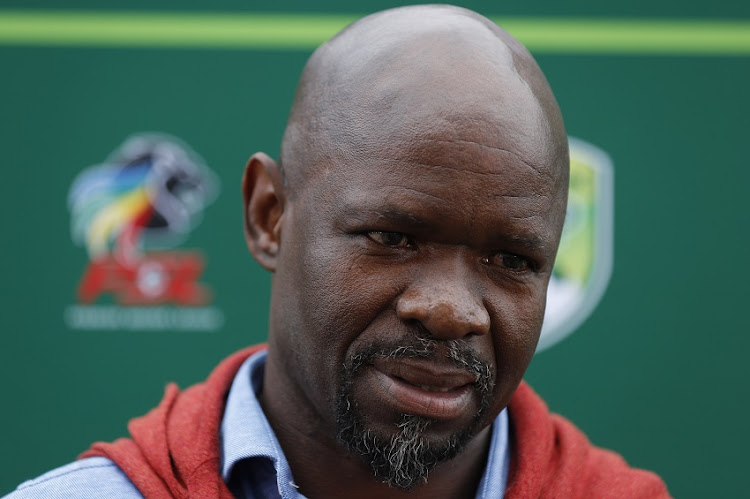 Golden Arrows coach Steve Komphela says Gavin Hunt was the best available coach in the country to take over the mammoth task of coaching Kaizer Chiefs.

Hunt‚ who will be assisted by Arthur Zwane and Dillion Sheppard‚ took over from Ernst Middendorp last week in a highly publicised move. The former Bidvest Wits coach faces the challenge of turning around the fortunes of the once mighty Chiefs after years of underachievement and embarrassment.

“With the outmost of respect‚ due to the coaches who were available in the country‚ I don’t think there is anyone more deserving‚” said Komphela.

“It’s going to be very interesting in the league next season with him at Chiefs but first of all I must take the opportunity to congratulate him and wish him all the best. He is a very close friend of mine‚ make no mistake about that.”

Komphela said Hunt has the pedigree and experience to take over at Naturena where they have failed to lay their hands on a major trophy for the past five seasons.

“He deserves a shot as well and he has the pedigree‚” Arrows’ coach said.

“Gavin Hunt is thick-skinned‚ he is a big boy and he has been in the league for a very long time. I just wish he just goes in‚ even though there will always be the review and reflection to say‚ ‘But the previous season’ [where Chiefs were pipped to the post in the final day in 2019-20 by Mamelodi Sundowns].

“There is nothing you can do about the previous season because it’s gone. They were almost there last season‚ it was only a matter of 30 minutes and I felt so sorry for Ernst Middendorp.

“Our job is such a thankless job because who could ever go through that. You are on top of the log for the entire season and convincingly so‚ you have a gap of double digits and then you lose it with 30 minutes to go.

“My man‚ I still respect him [Middendorp] for the strength he portrayed but listen that’s part of the game.”