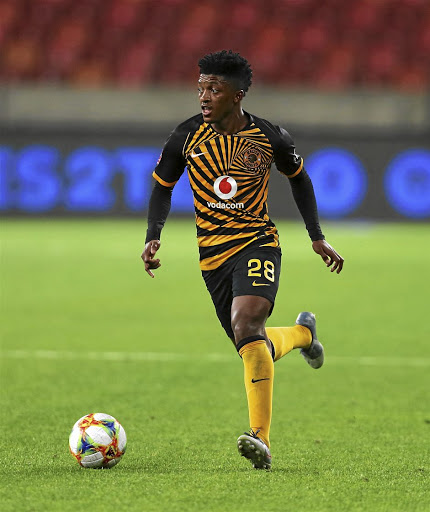 Kaizer Chiefs attacking midfielder Dumsani Zuma has asked for patience from the club supporters‚ saying players are trying as much as they can to adjust to the methods of the new coach Gavin Hunt.

Hunt‚ who joined Amakhosi during the off-season‚ has endured a rough time in his first few months with the Soweto giants and they take on Bloemfontein Celtic at the FNB Stadium on Saturday sitting fourth from the bottom after seven starts.

The 25-year-old attacking midfielder has pleaded with the club diehards to continue believing that the club will soon turn the corner after a poor start to the 2020-21 campaign.

Chiefs have struggled to maintain the form that saw them nearly winning the Premiership - a title which would have been the club’s first after an unprecedented five-year trophy drought - last season. In seven DStv Premiership matches‚ Hunt who replaced Ernst Middendorp before the start of the current season‚ has seen his team winning just one‚ drawing three and losing three matches.

This run of results is beginning to raise serious doubts on whether the four-time league winning coach will be able to deliver anything in a season in which Amakhosi are hamstrung by a season-long ban on signing new players.

“I can say it’s still too early (to panic)‚ there’s a new coach and we’re trying to understand his methods‚ but the way I see things going I can say that our performance in the last two games improved a lot.

“I’m sure we’re going to continue improving‚” said Zuma who played 33 minutes in his first league match this season‚ a 2-1 loss to SuperSport United at the Lucas Moripe Stadium on Wednesday.

A hamstring injury had prevented Zuma from taking the field this season but after coming on as a substitute against SuperSport‚ the midfielder feels he’s ready to help the club regain the form off last season.

“I can say that I’m in great shape and the injuries have subsided a bit. I would like to thank the coaches because they’ve been patient with me on injuries and other issues that were troubling me‚” he said.

Zuma added that his former club Celtic cannot be underestimated after they gave Chiefs a tough time last season. Chiefs won an exciting first round match 5-3 in Durban with striker Samir Nurkovic‚ who is also yet to appear for Chiefs this season‚ scoring a hat trick.

In a game in which John Maduka announced himself as new Celtic head coach‚ Sera Motebang scored a brace and Victor Letsoalo added another strike as they beat Amakhosi 3-1 in August in what was one of the shocking outcomes of the league campaign that was completed in the bio-bubble. It was a loss that proved very costly to Amakhosi as they eventually lost the league title to Mamelodi Sundowns in the last 30 minutes of the season.

“It will be a tough match since they also gave a hard time last season in the two league games. I think they’re doing well since they were in the last two cup finals‚” Zuma reasoned.

“I can say it will be a tough game for us but it must also be a game in which we show an improved performance. It’s a game we have to win.”