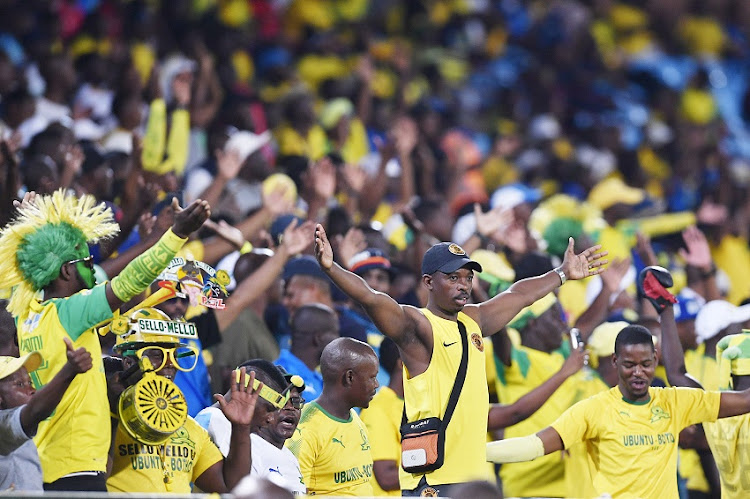 South African football super fan Thulani Ngcobo has fondly recounted the ‘once in a lifetime’ experience he had at the 2010 Fifa World Cup that profoundly changed his life and ended with him in the Guinness World Records.

The staunch Kaizer Chiefs supporter set the record for an individual who attended the most matches at a World Cup tournament and it still stands at a staggering 31 games.

Ngcobo watched 38 matches during the World Cup but his record stands at 31 because he did not watch the other seven from the first to the last whistle due to travelling logistics.

By the end of the World Cup he had covered 17 000km by road and air and watched over 3000 minutes of live football. He went to all nine South African host cities and 10 stadiums around the country.

To make his feat even more remarkable‚ the record of 20 matches was set by adjudicators from Guinness World Records and it had never been attempted before his effort.

“The world record was set at 20 games and I attended all the 38 matches‚ but they only counted the matches that I was at the stadium from the first to the final whistle.

"There were seven matches where I arrived late at the stadium because of flights delays and other travelling logistics and those matches were not counted‚” he said.

“I am very happy that I fulfilled my dream of attending all the 31 matches and I am happy that my record was not broken in Brazil in 2014 or in Russia in 2018. I don’t think it will be broken in Qatar 2022.

"I look back with immense pride because being in the Guinness World Records is not something that you can buy. Even if you are billionaire‚ you will never buy that certificate and I am grateful to MTN who gave me my once in a lifetime opportunity.

"It doesn’t matter to me if someone comes along at a later stage and breaks my record‚ what will always be there is that I was the first one to do it. It’s like Shabba (Siphiwe Tshabalala) who will always remain the player who scored the first goal of the first World Cup in Africa.

“I have two certificates from the Guinness World Records‚ the first was for breaking the record and the second for setting the new record.

"They set me 20 matches and I broke it with my 21st completed match at Loftus when Chile played against Spain.

Ngcobo said his life has changed for the better.

“My life has changed in a big way because I had an experience that a lot of people can only dream about‚" he said.

"About two months after the tournament‚ MTN came to my home to surprise me with a brand new car that I am currently driving and they also bought me a house.

"To me those were a significant life changing moments because when I was young‚ I wanted to finish school‚ get a job so that I can buy a house and car for my family.

"A car and house came for free and I will cherish those gifts for the rest of my life. They also gave me an educational fund of 50 000 which I have invested for my son‚’ he said‚ adding that he negotiated with his employers to get time off.

“In 2010 I was working at the Department of Rural Development and Land Reform which used to be called Land Affairs. I managed to negotiate with my employer to take my annual leave at once and they agreed.

"My DG saw it as an opportunity that will lift an African child and also to promote the name of the department and I still work there."

As the ten year anniversary of the World Cup approaches on Thursday‚ Ngcobo has not planned anything.

“It will be just be normal day for me‚ besides that I am expecting a lot of interviews from locally and outside the country‚" he said.

"I am working on Thursday and I don’t have anything special that has been planned. I think if there was no coronavirus‚ maybe Safa could have planned something like a gathering at FNB Stadium for us to celebrate. Nonetheless I am looking forward to a good day.”