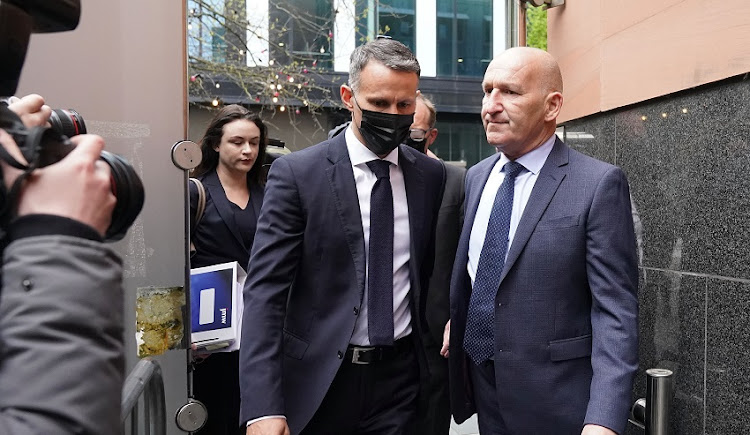 Wales manager Ryan Giggs arrives at Manchester Magistrates' Court to face charges of assault and coercive control on April 28, 2021 in Manchester, England. Giggs, Manager of the Welsh National Football Team and former Manchester United player, is charged with assaulting two women, one his ex-girlfriend at his home in November 2020. Giggs, 47, is facing a total of three charges causing actual bodily harm to a woman in her 30s, common assault of a woman and one count of coercive and controlling behaviour.
Image: Christopher Furlong/Getty Images

Former Manchester United soccer player and manager of the Wales national team Ryan Giggs appeared in court on Wednesday to plead not guilty to charges of assault against two women.

The 47-year-old is charged with causing actual bodily harm to a woman in her 30s and common assault of a woman in her 20s, as well as one count of coercive and controlling behaviour between 2017 and 2020.

Wearing a dark suit and tie and standing behind a glass screen, the former player gave his name and address and date of birth and answered not guilty to the charges.

Giggs, who has said he looks forward to clearing his name, has been replaced as manager of the Wales team for this summer's Euro 2020 tournament.

The appearance at Manchester and Salford Magistrates' Court was his first in the case and attracted a large media presence outside, with reporters also following the hearing on a video link.