Bucs too hot for the Chilli Boys in Gqeberha 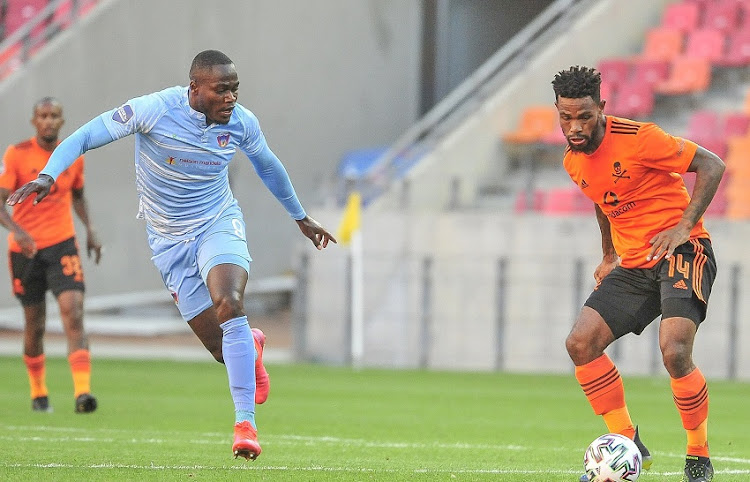 Orlando Pirates jumped to second behind Mamelodi Sundowns on the DStv Premiership log after beating an unimaginative Chippa United 3-0 at the Nelson Mandela Bay Stadium in Gqeberha, formerly Port Elizabeth, on Saturday.

Deon Hotto opened the Buccaneers’ account before an own goal by Namibian defender Riaan Hanamub doubled their lead to set up a comfortable victory which takes Josef Zinnbauer’s side to 35 points, one behind point Sundowns, albeit the Buccaneers have played four more matches than the defending champions.

Bucs midfielder Ben Motshwari celebrated his call up to Bafana Bafana this week by completing the rout a minute from time as the home side offered little in terms of countering what the visitors were throwing at them.

Zinnbauer was again playing with Linda Mntambo, Vincent Pule and Hotto in a three-man attack while he kept the out-and-out marksmen Gabadinho Mhango and Tshegofatso Mabasa on the bench as they’re still way behind in match fitness after recently recovering from injuries.

The Buccaneers had two gilt-edged chances to take the lead inside the first 20 minutes but Pule and Fortune Makaringe hesitated to get the ball past Ayanda Mtshali in Chippa’s goal before Hotto had an easy finish in the 39th minute after Mtshali missed a clearance from Happy Jele’s long clearance.

Makaringe was back to correct his earlier miss a few minutes before the break when his shot ricocheted off Hanamub to beat his ill-footed goalkeeper.

Pirates continued to dominate the proceedings after the restart and made Mtshali the busier of the two keepers. Other than keeping out Sizwe Mdlinzo’s close range shot in the first half and a header in the second stanza, Bucs gloveman Richard Ofori remained a spectator for most minutes of this encounter.

Both teams have been blowing hot and cold in their last five matches in the Premiership with the Buccaneers collecting 10 out of 15 points while the Chilli Boys eked out six with their last three matches at their newly named city against Cape Town City, TS Galaxy and Bloemfontein Celtic before yesterday’s heavy defeat, all ending in stalemates.

While Bucs will look to cement their second spot on the standings in order to get back into the Caf Champions League next season, Chippa’s struggle to survive the axe continues as Dan Malesela’s side remain four points clear from bottom-placed Black Leopards who will close the gap if they beat Lamontville Golden Arrows in Thohoyandou on Sunday.