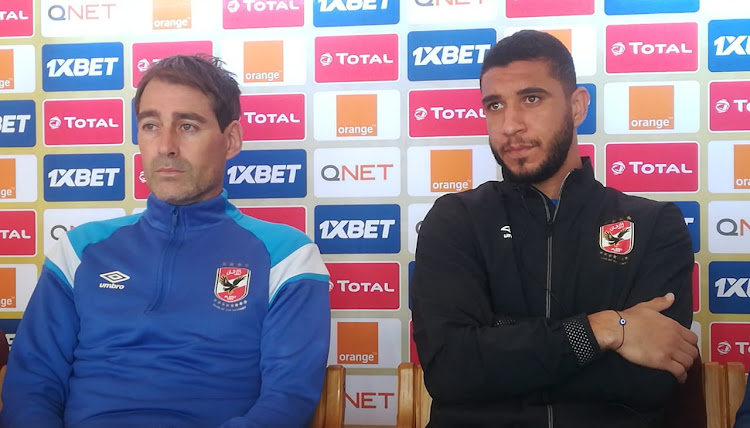 Al Ahly coach René Weiler has dismissed suggestions that they are hot favourites going into Saturday’s second leg of their Champions League quarterfinal clash against Mamelodi Sundowns at Lucas Moripe Stadium‚ despite leading 2-0.

The Red Devils beat the Brazilians in the first leg in Cairo last weekend to take a firm grip on the tie but a cautious Weiler said there is still plenty to play for in Atteridgeville on Saturday.

“The 2-0 win for us in Cairo last weekend is in the past and now we have to prepare properly for a new game‚ which is going to come with its own challenges on Saturday‚” Weiler said during his pre-match press conference at Lucas Moripe Stadium on Friday morning.

“The first leg was just one part of this tie and luckily we managed to win it but we are concentrating on making sure that we play the best match tomorrow to win and go to the next round.

“We know that we are playing against a very strong team and it will be dangerous from anyone of us to think that we have already qualified for the next round. We have to play a good game to ensure that we qualify for the next round.”

Weiler’s sentiments were shared by his captain and central defender Ramy Rabia‚ who said Ahly’s job is not yet done.

“We know that we won the first leg at home in Cairo but the tie is not finalised. We have to come here at the stadium tomorrow afternoon with 100 percent concentration and play our normal football to try and finish off the job.

“We are expecting a tough game from Sundowns because they have experience in continental football‚” said Rabia.

Weiler continued that Ahly are motivated by the possibility of adding the ninth Champions League trophy for the most successful football club on the continent.

“Our objective is to win the ninth Champions League for the club – that is our only target at the moment‚” the 46-year-old Swiss said.

“The eight teams that are left in the competition are the strongest on the continent and it is not easy against any one of them. That is why I said earlier that we are expecting a tough match against Sundowns.

“The game is going to be very close and if you want to qualify you have to do it on the pitch. Fortunately is not very hot here – the temperature is good and we have played at places that were much hotter than this.

“We have to adapt to any kind of temperature and we don’t have any problems with the weather in SA.”

North African teams have a reputation for intimidating referees and slowing down play to frustrate opponents‚ but Weiler said Ahly will not do things that are not in the spirit of the game.

“Fair play and respect is very important in life – we always respect the game and our opponents. As a coach‚ I will never tell my players to go out there and do such things‚” he said.