Zwane prepares for debut clash at helm of Amakhosi 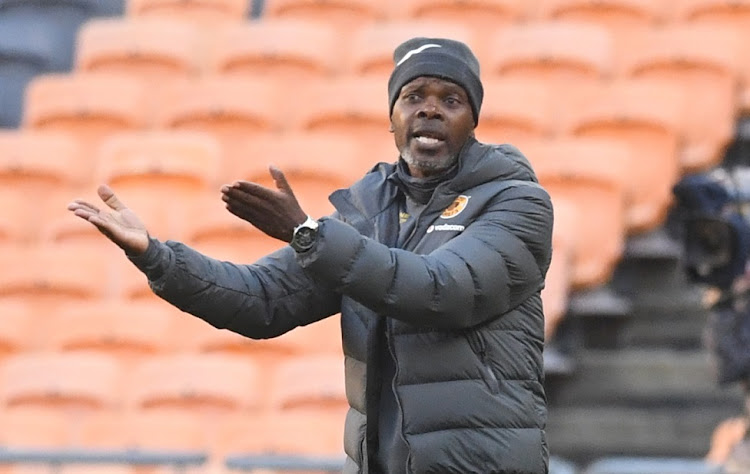 Kaizer Chiefs head coach Arthur Zwane wants to use   Saturday's DStv Premiership clash against Royal AM at the Chatsworth Stadium in Durban (5.30pm) to set the tone for the rest of the season.

For Zwane, this season is a full-circle moment as he is at the helm of his beloved Amakhosi. The head coach gig at Chiefs comes with huge pressure and criticism. Zwane is well aware of what is waiting for him but he is rather choosing to relish the demands that are associated with the job.

"I'm enjoying myself," said Zwane when speaking to the media yesterday at the team's base in Naturena.

This weekend's game will have a lot of firsts for Zwane. Some of those include selecting his first starting lineup as head honcho, facing Royal AM for the first time and he'll be hoping to get the first win.

"Going to this game I've got a positive headache because we are selecting from players that are willing and showing a lot of commitment to go out there and give their best.

We are anticipating a great game, and we are hoping to grind and get a result and we want to set the tone as well," Zwane said.

The KwaZulu-Natal side did the double over Amakhosi last season. Zwane is wary of the dangers that the team coached by Dan Malesela and co-coached team possess but wants his charges to grab the game by a chokehold.

"They are going to be a difficult team because they're playing at home. They will want to get maximum points," said Zwane.