Tinkler's team only lost once in the second round last season 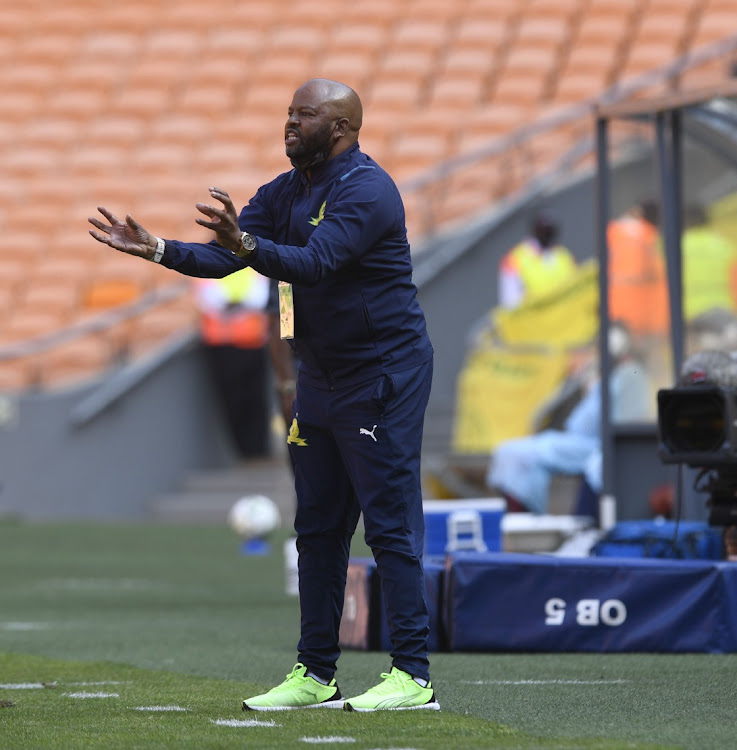 Cape Town City's impressive performance in the second half last season has left Mamelodi Sundowns co-coach Manqoba Mngqithi worried ahead of their opening match at Cape Town Stadium on Friday at 7.30pm.

Mngqithi said this is one of the toughest games Sundowns will face in a season as the Citizens always give them a scare.

As they look to make a perfect start in their quest for sixth successive league title, Mngqithi said City have progressed well under coach Eric Tinkler and will give them a huge test tonight.

City were so impressive that they only lost once in the second round and went on to finish second in the DStv Premiership log table behind Sundowns.

“That match is probably one of the toughest games we can anticipate, Cape Town City have been growing in leaps and bounds since last season,” Mngqithi said.

“In terms of the KPI [key performance indicator], they were probably supposed to be number two if not number three. So that already suggests that they deserve to be where they are. The team that could have easily been where they are was [Orlando] Pirates but unfortunately, they did not score the goals that they anticipated.

“If you look at the performance of Pirates and Cape Town City, even ourselves, you will see that Pirates deserved to be probably in a higher position than that. But Cape Town City were looking very good and were progressing very well as the season continued.

“Their second round of the season was unbelievable and we know for the fact that we are not going to be playing pushovers. We are playing a team that will be competing in the Champions League, a team that is coached by one of the best coaches in the country, Eric Tinkler.

“So we understand the depth and the expectations of this match, but we believe we can still put it.”

Mngqithi also highlighted the importance of getting a victory against the Citizens, who will be looking to topple Sundowns at the top after finishing up as runners-up.

“If we beat Cape Town City you know they can beat the next five teams in the league and if you have beaten them you gave yourself a chance,” he said.

“The same would apply to all the teams in the top five and we consider them all important because if we beat them we already put our foot forward.”