Co-coach impressed by his playing personnel 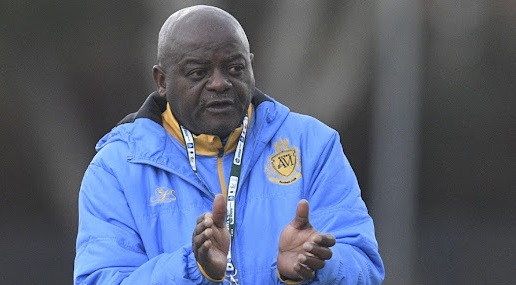 Dan Malesela has recently joined Royal AM as co-coach of the Durban-based club campaigning in its second season of the Dstv Premiership.
Image: Sydney Mahlangu/BackpagePix

With Royal AM having set the bar high last season by finishing third in the DStv Premiership, new co-coach Dan Malesela admits that he is under pressure to maintain those standards.

Malesela joined the KwaZulu-Natal side recently and will work with Khabo Zondo and Abram Nteo as co-coaches.

The Thwihli Thwahla also lost twice at home last season to Mamelodi Sundowns and Cape Town City and ahead of their DStv Premiership opener against Kaizer Chiefs on Saturday at Chatsworth Stadium, Malesela said they have to match that or even do better.

“It does give us confidence and also puts pressure on us to live up to that. We are new here and if we come here, things change. People will say ‘you got here and things changed',” Malesela said.

“We have to live up to that, football has got pressure and with this club, there is bigger pressure even last season. They surprised everybody by finishing in the top three. Now we have to continue with that and even do better than that.”

Royal won the Premier's Cup last week after they defeated AmaZulu 2-1 in the final and Malesela was left impressed with the performance his side dished out and said they would need to carry that to the league matches.

“The tournament [Premier's Cup] has created big challenges for us in terms of playing personnel because everybody stood up,” he said.

“And now, who are you going to leave out for this game? But it is good to have this situation where you have a pool of players and it gives us options. So, we will just have to work it out and see where we go.”

Though he was impressed with his players, Malesela added that they are not a finished product yet and will only get better with time.

“You will see fireworks in this team and there is more to come with this football we are playing. I have only been here for 10 days.”

‘Royal AM didn’t make me, I made them’: Mnisi hits back at claims he is ‘sinking the club’

Royal AM CEO Sinky Mnisi says the KwaZulu-Natal-based club didn’t make him, he made them what they are today.
Sport
3 days ago

Star Orlando Pirates midfielder Vincent Pule says the Buccaneers not playing in continental competitions is a setback for the club, especially after ...
Sport
4 days ago

Chiefs were interested but Sekhukhune were more serious, says Letsoalo

Sekhukhune United forward Victor Letsoalo admitted that Kaizer Chiefs had shown interest in him, but they didn’t push hard before he joined Babina ...
Sport
4 days ago

Keet told to fight for No 1 spot with Marques