Keet told to fight for No 1 spot with Marques 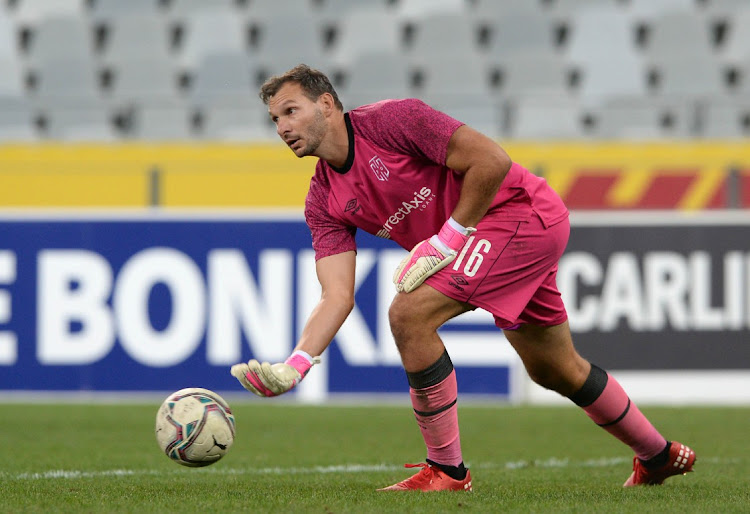 Angolan international Marques, 36, had an impressive debut season with the Citizens, making 33 appearances across all competitions, and won the PSL goalkeeper of the year award.

Former Bafana Bafana No 1 Keet made a single appearance last season and Tinkler is looking forward to healthy competition between the two.

“Both of them have been working extremely hard together during the preseason and they each have different strengths,” Tinkler said.

“We know the type of season we are going to have and we are going to need both of them. So they are working hard together at training. There is competitiveness between the two of them but it is a healthy one.

“Hugo Marques was the goalkeeper of the year last season so he still holds that number one spot for now, but what I know about Darren is when he gets his opportunity, he will grab it with both hands.”

The Citizens will make their first appearances in the CAF Champions League in the new season, while they will also be competing in the MTN8, Nedbank Cup and the DStv Premiership title.

With Tinkler having experience in the continental competition before with Orlando Pirates, he says he will use it to help the Citizens.

“That’s the hope. We would love to go as far as we possibly can. I think it's a fantastic achievement for Cape Town City. You know we are going into our seventh season as a club,” he said.

“We’ve given our self loads of opportunities here – the MTN8, the CAF, maybe the Carling Cup as well and obviously the league. We finished second last season and expectations from fans are to push [Mamelodi] Sundowns and that’s going to be our objective. That has not changed.

"Last season and every time I’ve coached at Maritzburg United and Chippa United, when I play against teams I want to win, so that mentality won’t change.”

The Citizens will start their season with a home match against champions Sundowns at Cape Town Stadium on Friday at 7.30pm.

Zitha Kwinika has promised Kaizer Chiefs supporters that, within a team framework, his personal commitment is to always try to make the challenge ...
Sport
1 week ago

TS Galaxy’s new signing Sibusiso Vilakazi says the injuries that kept him on the sidelines at Mamelodi Sundowns are now a thing of the past.
Sport
1 week ago

Maart eager to prove his value at Chiefs

New Kaizer Chiefs midfielder Yusuf Maart wants to prove why the club signed him by showing consistent performances when the new season gets underway ...
Sport
1 week ago

Despite being named Sekhukhune United captain a month after he joined them, Linda Mntambo insists that does not guarantee him a starting berth in the ...
Sport
1 week ago
Next Article