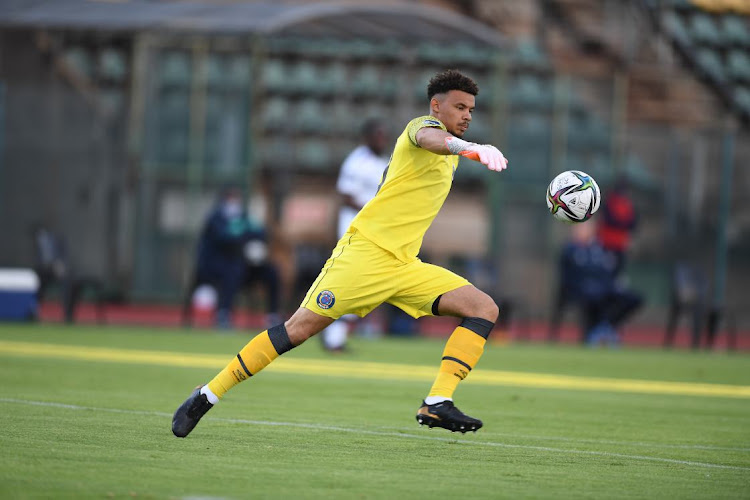 The arrival of Bafana Bafana skipper Ronwen Williams to add to an already star-studded goalkeeping department at Mamelodi Sundowns has left many curious to see if he'll immediately topple seasoned shot-stoppers Denis Onyango and Kennedy Mweene at the club.

Speaking at the launch of the new DStv Premiership season at SuperSport studios in Randburg yesterday, Sundowns mentor Manqoba Mngqithi highlighted that the decision to pick the first-choice keeper will be done only on merit.

"I don't think it's up to me or any coach to balance that [the competition among their keepers] up. I think the players will balance it. We know our fixtures are always congested and when you've got the quality that we have in that goalkeeping department, it's even difficult to tell which one is No 1 at the moment because all of them are good goalkeepers," said Mngqithi.

"Reyaad Pieterse has done exceptionally well, Kennedy as well and Denis has always been there. Ronwen, we know what he's capable of. We know for a fact that it's going to be a tough competition. That tough competition also helps us because it keeps everybody on his toes."

Onyango, who's been Downs' No 1 for the better part of the past decade, revealed he had not really chatted to Williams since they became teammates. Onyango however welcomes the arrival of Bafana's star, warning him that Sundowns are a different kettle of fish.

"I haven't spoken to Ronwen that much. He knows where he's coming and he knows what he's supposed to do because he's a quality goalkeeper and he needs to show that on the pitch. He's shown it but it's a different environment altogether. We'll support him where it's needed," said Onyango.

"The competition has always been tough. There's no complacency at Sundowns, that's why we have too many clean sheets because when we compete, we make ourselves better. We have to support each other and whoever plays must give his best for the team."

Orlando Pirates coach Jose Riveiro hopes those who call him a plumber will change that opinion soon.
Sport
2 weeks ago

Itumeleng Khune: I’m a Khosi for Life and will never leave Chiefs

Itumeleng Khune says he will retire at Kaizer Chiefs and is happy to be club captain if he's no longer the regular goalkeeper.
Sport
3 weeks ago

‘We are avoiding the quick fix’: Zwane on Kaizer Chiefs’ lack of strikers

Kaizer Chiefs coach Arthur Zwane says they are avoiding quick fixes and signing for the sake of signing to resolve the lack of strikers in his squad.
Sport
3 weeks ago

Banyana Banyana defender Nomvula Kgoale feels bold when wearing her favourite rouge lipstick during a game on the soccer field.
Sport
3 weeks ago
Next Article