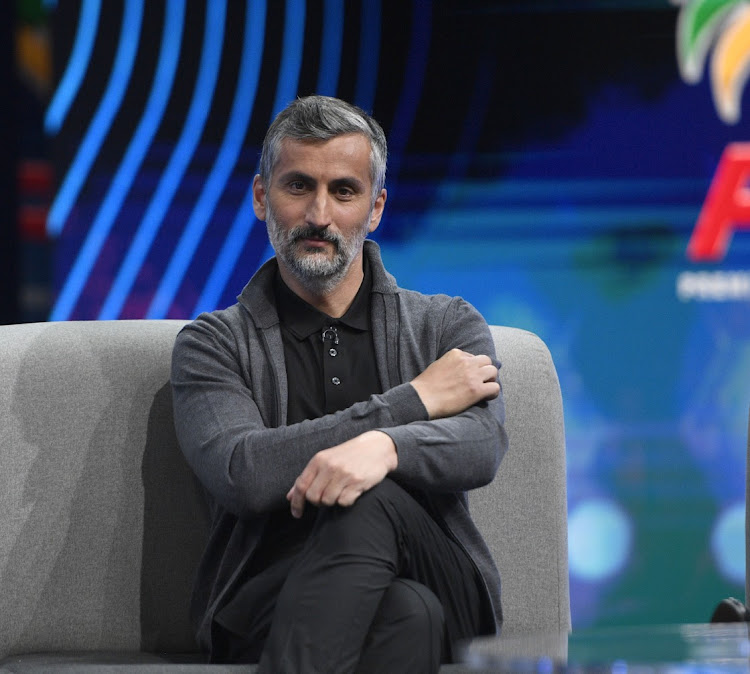 Orlando Pirates coach Jose Riveiro hopes those who call him a plumber will change that opinion soon.

A plumber, in SA football context, is a term used to mock and discredit European coaches who struggle to produce the goods in the Premier Soccer League. Riveiro was called a plumber before he even took charge of his maiden official game as a Pirates coach. This is because he came as an unknown coach.

"Plumber! What happened with plumber? Those are things that I can't control. I have to focus on my understanding of the game, on my plans and on my methodology and I hope those [people who said he's plumber] will change that opinion soon,'' Riveiro answered Sowetan's question if he was aware he's being labelled a plumber, at the 2022/23 DStv Premiership launch at SuperSport Studios in Randburg yesterday.

Pirates face Soweto rivals Swallows at Orlando Stadium in their opening league fixture on August 6. Despite only joining last month, Riveiro is satisfied with how his troops have been going about their business to prepare for the new season.

"We've been here for a month now and it has been a very profitable month, I have to say. We've been trying to know our strength as a football team and so far so good. We're happy about the outcome that we got from the camp we were in in the last 11 days,'' Riveiro stated.

"I am very impressed with the technical level of the squad. It's amazing how good they are...the amount of talent that we have. Now we have to perform together because football is a collective sport and as coaches our main responsibility is to help the players play together, not only as individuals.''

The 45-year-old Spaniard also emphasised that there is no bad blood between him and his assistant Mandla Ncikazi, who was steering the ship before he arrived towards the end of last month.

"I have a very good relationship with coach Mandla. Mandla is valuable and active as part of our coaching staff. He's going to bring a lot of knowledge and experience about the tournaments and about the players,'' Riveiro insisted.

Itumeleng Khune: I’m a Khosi for Life and will never leave Chiefs

Itumeleng Khune says he will retire at Kaizer Chiefs and is happy to be club captain if he's no longer the regular goalkeeper.
Sport
3 weeks ago

‘We are avoiding the quick fix’: Zwane on Kaizer Chiefs’ lack of strikers

Kaizer Chiefs coach Arthur Zwane says they are avoiding quick fixes and signing for the sake of signing to resolve the lack of strikers in his squad.
Sport
3 weeks ago

Banyana Banyana defender Nomvula Kgoale feels bold when wearing her favourite rouge lipstick during a game on the soccer field.
Sport
3 weeks ago

After renewing his contract with TS Galaxy for three more years, Sead Ramovic has vowed to improve the side by ensuring they no longer fight for ...
Sport
3 weeks ago
Next Article