I will never leave this club, vows veteran keeper 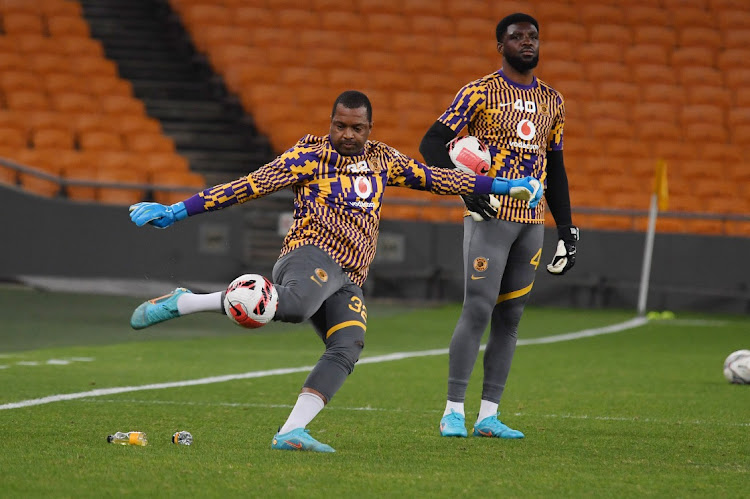 Despite being one of the senior players and being given the responsibility of leading Kaizer Chiefs, goalkeeper Itumeleng Khune is not expecting to walk into the starting line-up under coach Arthur Zwane in the new season.

Khune, who struggled for game time at Chiefs last season with only a single appearance, has been asked to lead a Chiefs team that features several new players.

But he says he will have to earn his place by working hard at training. “I’ve been given the responsibility to lead the team and obviously it won’t be for the first time,” Khune explained to the media during the DStv Premiership launch in Johannesburg on Thursday.

“Coach Arthur [Zwane] told me that I should help the young ones to settle and the ones that are being promoted. It’s been a culture of the club for seniors to guide the youngsters and I know them personally because I’m also from development. So it is not hard for me to be able to tell them about the club's history. It is a huge responsibility.”

The 35-year-old admitted that it is not going to be easy for him to reclaim the No 1 jersey from Bruce Bvuma and Brandon Peterson but said he has been working hard at training.

“It’s not going to be easy. There is Bruce Bvuma, the future Bafana Bafana number one. There is Peterson also knocking on the Bafana door,” he said.

“We’ve played a couple of friendlies and all of us were able to share several minutes and obviously for us we had to sit down with the goalkeeper coaches and compare our stats from three seasons ago. We’ve been conceding a lot of goals, now it is important that we concede less and keep more clean sheets.”

Kaizer Chiefs coach Arthur Zwane has expressed their difficulties in finding a number nine striker they want despite widening the net into the ...
Sport
1 week ago

Little transfer activity for City, with Manyama being assessed

With Cape Town City notably quiet in the transfer window, coach Eric Tinkler says he is pleased with the squad though they will be competing on all ...
Sport
1 week ago

The arrival of Bafana Bafana skipper Ronwen Williams to add to an already star-studded goalkeeping department at Mamelodi Sundowns has left many ...
Sport
1 week ago

Orlando Pirates coach Jose Riveiro hopes those who call him a plumber will change that opinion soon.
Sport
1 week ago

When soccer coach Joseph Makgoka first saw Banyana Banyana player Noko Matlou maneuvering the field almost 17 years ago, he knew that he had found a ...
News
1 week ago
Next Article