Banyana star Kgoale reveals source of her strength in Morocco 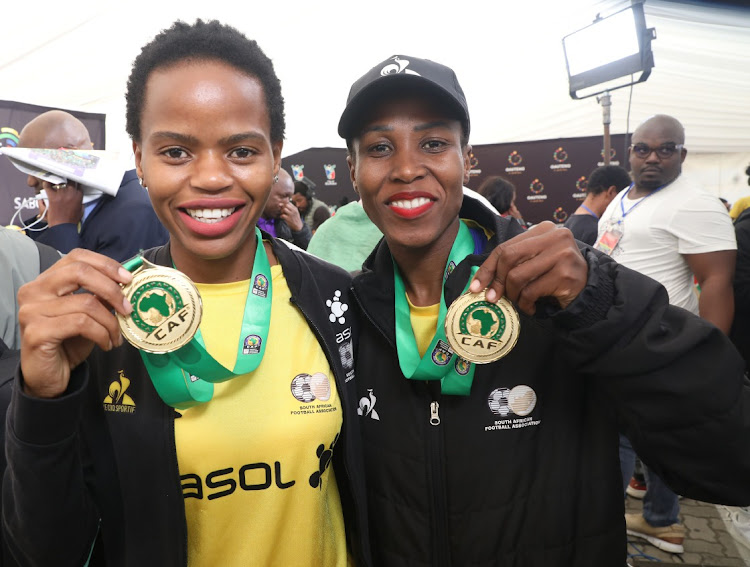 Banyana Banyana defender Nomvula Kgoale feels bold when wearing her favourite rouge lipstick during a game on the soccer field.

Kgoale, who has a lively personality, was among the five players from Limpopo who were honoured by the province during a special event on Thursday after the team was crowned as Womens' African Cup of Nation (Wafcon) champion in Morocco last weekend.

A video of Kgoale celebrating on the field after the big win went viral on social media. In the video while other players are dancing to amapiano, the defender cheekily walks in front of the camera while applying red lipstick on her lips, with a wide smile on her face. The red lipstick would become a feature on most of the celebratory pictures of the players which followed the victory.

But Kgoale, who hails from Botlokwa, some 50km northwest of Polokwane, said that she was only allowing her personality to shine through.

“For me when I wear lipstick I feel like myself. I feel like a woman and I can do this thing. Nobody can stop me. So far I’m leaning towards the colour ruby red. I just love makeup and right now I’ve micro-bladed my eyebrows,” she said.

Kgoale said people can interpret her love for wearing lipstick on and off the field however they want.

“If they think it is fun then let it be fun,” she said.

While giving a speech Kgoale, who has dyed her afro blonde, joked about matching with soccer administrator  Ria Ledwaba who was also present at the event in Polokwane on Thursday, wearing her familiar short blonde hair.

Kgoale commented on her admiration for Ledwaba and the work she had done for women in sport.

“I love the lady and how resilient she is. I can’t imagine how someone can go through so much for so long.”

Kgoale also recalled their last few moments during the game in Morocco, saying that the team had been praying for victory.

“In the final, we were literally on our knees, everybody was crying and praying because this is the only chance we will get to change things in the country.”

Banyana had participated in six Wafcon finals and Saturday's was the first they won.

Kgoale said prayer had helped her to stay grounded and grow as a player, adding that she was grateful for the support shown by South Africans.