Go on and win more, Bafana's Class of '96 urges Banyana 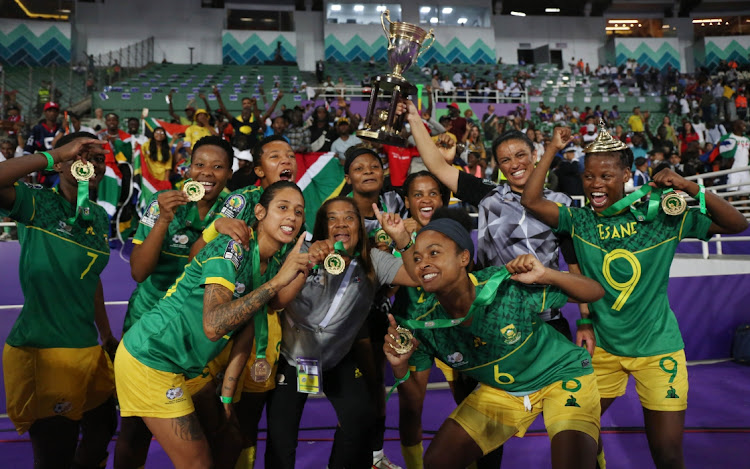 As Banyana Banyana continue with their Women’s Africa  Cup of Nations (Wafcon) title success celebrations, their Bafana Bafana counterparts who clinched continental glory at home in 1996 have shared how their lives changed after winning the Africa Cup of Nations nearly three decades ago.

Banyana made history after finally succeeding in winning the title following years of heartbreak at the finals. They defeated Morocco 2-1 on Saturday.

Speaking to Sowetan, former goalkeeper and current coach Roger de Sa said the history Banyana made will be remembered for years. “You become part of history, and it never goes away as it is one of those things that they will never take away from you, it's there forever,” De Sa, who was one of three keepers in the '96 team, said.

“Some of the players from the '96 team have passed on and yet they are still always remembered as African champions. I just hope it can click on from here for Banyana, and not like us where it has been downhill.

“I hope with the ladies, we get better and better. Maybe it is the beginning of good things for women’s football in SA ... let’s see.”

De Sa added that as legends who only won the trophy for the men’s senior national team, they still do reunions with the other guys and this is one of the benefits current Banyana will expect in years to come.

“To be honest with you it is something that we are still celebrating. We have reunions and we have golf days and we are regarded as legends since then, it has never changed. Which is something you have to carry with you now and I’m sure the ladies will be the same."

Former Bafana midfielder Doctor Khumalo shared the same sentiment and said the Banyana win was something that was able to soothe the hearts of the nation amidst the turbulent period it has experienced.

"Before 1996 there was havoc in SA, and before 2022 there was havoc but we unite through sport. This is not just a win, it makes us as South Africans realise we have people with capacity, on all platforms,” Khumalo said.

Former captain Neil Tovey said as much as they are still celebrating the success of '96, he hopes it will not take years for Banyana to win the title again.

“No SA team had done it before us and obviously the women’s team will now be put in the elite group and they just have to keep their feet on the ground and keep on working hard,” Tovey said.

“They have been in five cup finals so they have the opportunity to keep on winning this tournament and keep on doing well."

Having parted ways with Italian giants AC Milan before the start of the Africa Women's Cup of Nations (Wafcon) that Banyana Banyana won in Morocco ...
Sport
1 week ago

"Women don't get the same pay as men but Banyana Banyana deserve everything, including the bonuses. They must get more money to make a living. I ...
Sport
1 week ago

Nomvula Kgoale’s father Elifas was converted into a football fanatic following his daughter’s exploits at the Women's Africa Women’s Cup of Nations ...
Sport
1 week ago
Next Article