Mhlongo, Makhubela identified to take over from Matlou, Van Wyk 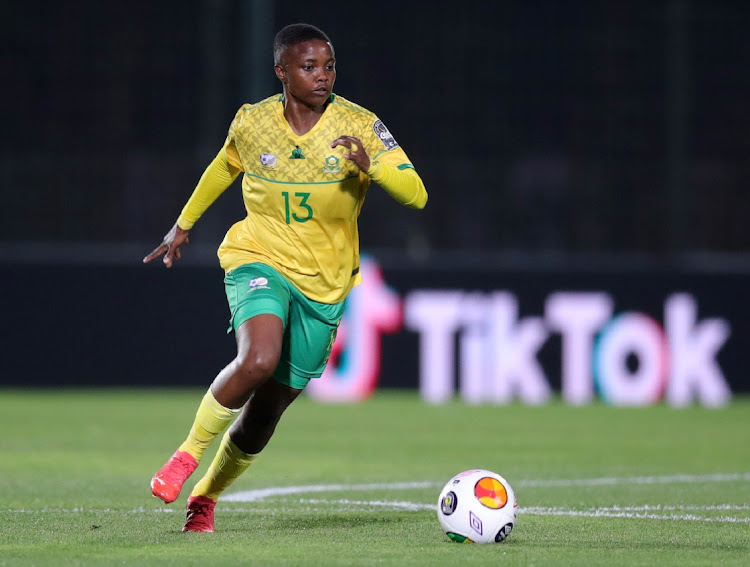 Van Wyk confirmed to Sowetan in Morocco that next year's World Cup will be her last major tournament in Banyana colours. Matlou is also expected to bow out after the World Cup that'll be co-staged in Australia and New Zealand. Mbane is likely to go for a few more years. Ellis has tipped a few youngsters to pick up the baton from the trio in the near future.

"We do have Lonathemba [Mhlongo,19]. She had to go back because of an injury from our first training camp... she's not even 20 yet. We also have Tiisetso Makhubela who's 25, so there are a lot of players we want to bring through. The good thing is they know the set-up,'' Ellis told Sowetan after their 2-1 Wafcon final win over Morocco in Rabat last Saturday.

"Bongeka [Gamede, who was used as a cover full-back in Morocco] is also a central defender... she's only 23. We have Asanda Radebe, who is a natural left-back but can play as a centre-back. She was writing matric. So, we've got a lot of young players coming through. You don't want to touch players that are doing matric because we also want to give them an opportunity to be academically ready to tackle life.''

Ellis reiterated they'll integrate these fledging stars with the current squad in the next camp. We're looking to the future as well. We now have to get these players a little bit stronger... get them to more regular camps, so that they can grow. We will integrate them with our experienced players,'' added Ellis.

"Women don't get the same pay as men but Banyana Banyana deserve everything, including the bonuses. They must get more money to make a living. I ...
Sport
3 weeks ago

Hildah Magaia, who suffered an injury in Banyana Banyana's first game at the Women's Africa Cup of Nations (Wafcon) in Morocco before returning to ...
Sport
3 weeks ago
Next Article