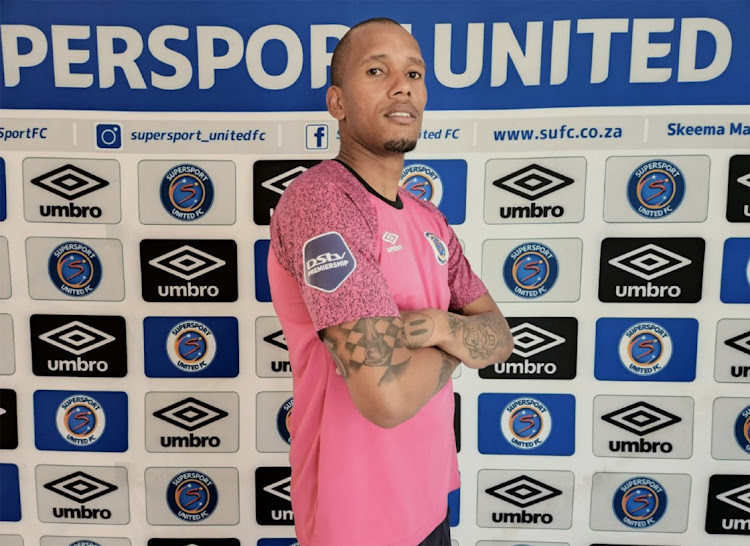 SuperSport United recruit Ricardo Goss is happy that head coach Gavin Hunt sought him out when looking for a replacement for the departed Ronwen Williams.

The Pretoria side were left bare in the keeping department when Williams joined crosstown rivals Mamelodi Sundowns last week after spending 19 years at the club. The gap that was left by Bafana Bafana's skipper has now been filled by Goss, who joins Matsatsantsa on a two-year loan.

Hunt, who recently returned to Matsatsantsa for a second spell, earmarked Goss as the ideal replacement for Williams when looking at potential targets.

“Our head coach Gavin Hunt has worked with Ricardo extensively and rates him very highly. We look forward to him contributing to success on the field for us and for him to then be challenging for a place in Bafana Bafana again,” said United's CEO Stan Matthews.

Goss is the latest member of the Wits band that Hunt is bringing together after Thulani  Hlatshwayo already signed.

The Durban native is happy to have reunited with his former coach as that gives him a chance of guaranteed game time, something he was not accustomed to at Sundowns. Last campaign he only made two appearances in the DStv Premiership.

“I was happy that he wanted me to come here to SuperSport,” said Goss. “And I was excited to get some game time and to compete for my place. I know his style of play and that makes it much easier for me to fit in like a glove.”

After receiving a warm welcome from his new teammates during his assessment during the preseason games, Goss hopes that his time at Matsatsantsa will be fruitful.

“I am very excited to join SuperSport United and I have been welcomed warmly by the boys. There are familiar faces in the camp, which made it easier for me to settle into the team.

“We want to try get some silverware and put in a good fight in the league and see how far we can go,” he said.

By taking the Chippa United head coach job for the upcoming DStv Premiership season, Danie Klate's introduction to top-flight coaching can be ...
Sport
2 weeks ago

Banyana Banyana Africa Women's Cup of  Nations (Wafcon) final trump-card Hildah Magaia has narrated how she benefited from the fact that her strike ...
Sport
2 weeks ago