Ndah, Blom among those who've never celebrated a goal 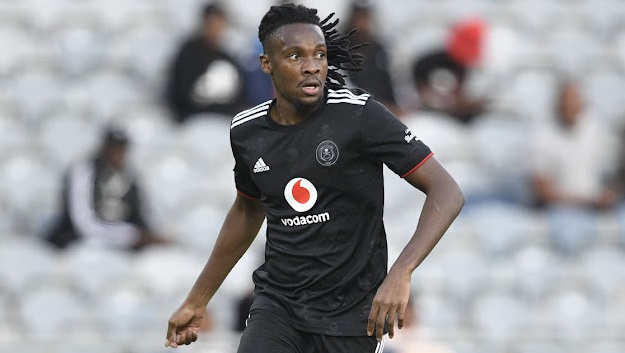 Goal-scorers are the most celebrated figures in football all over the world. Be that as it may, some footballers are attaining plaudits, despite being goal-shy.

Sihle Ndebele looks at some of the Premier Soccer League (PSL) stars who have never found the back of the net in their top-flight careers thus far with meaningful contributions still.

Ndah, 24, established himself as one of the finest centre-backs in the PSL last term, his maiden in the country. The Nigerian international has never scored a goal in his career of 83 appearances. As a defender, Ndah's primary job is to ensure that the clean sheets are kept but modern football requires even defenders to score at times. Most of centre-backs register goals through capitalising on set-plays with the likes of Ndah's ex-Bucs teammate Happy Jele, who boasts 18 career goals in over 300 appearances, one of the prime examples.

It remains a mystery as to how a creative player such as Brooks, who has just moved from TS Galaxy to AmaZulu ahead of the new season, is yet to celebrate a goal in his career. To be fair, Brooks's career is still fledgling, having made his Premiership debut only in December 2020, but as a playmaker he should have done better. The 20-year-old Brooks has played 50 games (for Galaxy and Bafana Bafana combined).

Blom has played 81 games for Chiefs without scoring. The 22-year-old utility defensive midfielder has been used as a right-back in recent times, and modern full-backs all over the world chip in with one or two goals here and there. Blom has been largely let down by lack of composure. Fellow full-backs in the division such as teammate Reeve Frosler and Khuliso Mudau at Mamelodi Sundowns have netted a few goals in recent seasons.

Chiefs' new recruit Matlou is yet to score a goal in top-flight career, despite his ability to eliminate opposition defenders. It is worth highlighting that the 23-year-old skilful midfielder has just played 31 games in his professional career. Matlou joined Amakhosi from Swallows during the current off-season.

New AmaZulu player Ethan Brooks is looking forward to playing alongside George Maluleka at the club as he believes it will help him to raise his game.
Sport
2 weeks ago

After losing in the DStv Diski Shield final at the weekend, it's not all doom and gloom for the Stellenbosch reserve team as they're looking forward ...
Sport
2 weeks ago

SuperSport United recruit Ricardo Goss is happy that head coach Gavin Hunt sought him out when looking for a replacement for the departed Ronwen ...
Sport
2 weeks ago

By taking the Chippa United head coach job for the upcoming DStv Premiership season, Danie Klate's introduction to top-flight coaching can be ...
Sport
2 weeks ago
Next Article