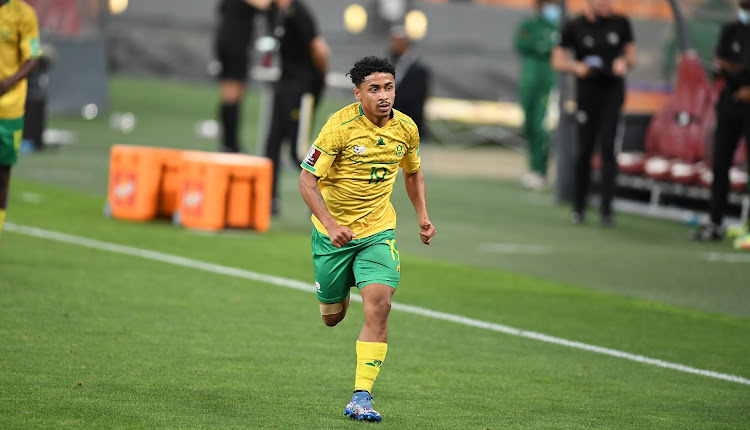 New AmaZulu player Ethan Brooks is looking forward to playing alongside George Maluleka at the club as he believes it will help him to raise his game.

Brooks joined AmaZulu from TS Galaxy where he was frustrated towards the end of the season after not playing much, with reports that he had a fallout with coach Sead Ramovic.

As he plans to get back to his old form with Usuthu, the 21-year-old said he can’t wait to play with Maluleka as his experience will help his game.

“Hopefully, I can raise my game a little bit playing alongside George and other guys; their experience can help my game and raise it a bit,” Brooks explains.

The midfielder admitted that before joining AmaZulu, there was an interest from Kaizer Chiefs, who approached him. He explained why he ended up in Durban.

“It’s never an easy choice to join any club but it is something I had to think about and I’m happy that I decided to come here,” he said.

“Durban is a second home for me. My mom is from KwaZulu-Natal, so I used to visit that place. But also, AmaZulu have a lot of history and playing for a club like this you want to do your best and that’s what I hope to do when I get my chance.

“Chiefs were one of the clubs that was after my service and there was a formal approach but I don’t want to talk about it.”

Having made his debut in Premiership football two years ago with Galaxy, Brooks is surprised with his progress after he was called up for Bafana Bafana as well.

“It all happened fast for me. I made my debut with TS Galaxy when I was 19 and everything just happened so fast. It helped my career and the growth has been good.

“And it is nice that my growth is showing, having moved here to AmaZulu; this is the direction I want to go in.

“I’m excited to have joined them and now that I’m here, I’m really happy the guys have welcomed me well. It is just a matter of time before I get into the field and enjoy what I do.”

After losing in the DStv Diski Shield final at the weekend, it's not all doom and gloom for the Stellenbosch reserve team as they're looking forward ...
Sport
3 weeks ago

SuperSport United recruit Ricardo Goss is happy that head coach Gavin Hunt sought him out when looking for a replacement for the departed Ronwen ...
Sport
3 weeks ago

By taking the Chippa United head coach job for the upcoming DStv Premiership season, Danie Klate's introduction to top-flight coaching can be ...
Sport
3 weeks ago

Orlando Pirates attacking midfielder Vincent Pule has revealed that new coach Jose Riveiro is bringing attacking football which the supporters will ...
Sport
3 weeks ago
Next Article