Shield up for grabs as Chiefs, champs Stellies meet in final 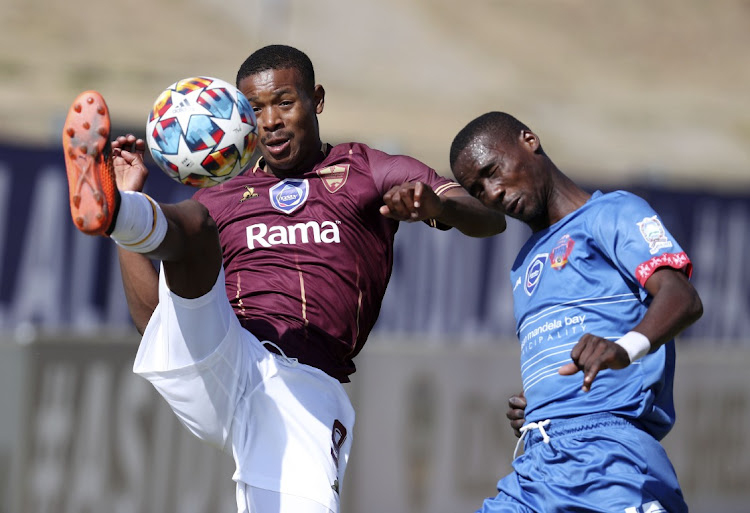 Kaizer Chiefs and Stellenbosch are both determined to win this year's edition of the DStv Diski Shield, as the two meet in the final tomorrow at the Mpumalanga Stadium in Hammarsdale, KwaZulu-Natal.

Amakhosi secured their place in the last two with a win over rivals Mamelodi Sundowns, while Stellenbosch ousted Chippa United.

"For their achievement and growth, we are happy they have reached the final. The boys are happy," said Kaizer Chiefs reserves coach Vela Khumalo.

"It won't be a walk in the park. We played Stellenbosch last season and we lost twice even though we dominated. Our approach to this game will be to minimise mistakes. We have a way of playing at Kaizer Chiefs. We won't change. We have to stick to what we have been doing," he said.

Khumalo, who is cautious about the development of his players, declared they will go all out to win the Diski Shield against the more fancied Stellenbosch.

"It's there for the taking. Any coach would love to win the trophy. If it comes then it's good. If it doesn't it's OK; it's part of the development and another opportunity will come," Khumalo said.

For Stellenbosch head honcho Evangelos Vellios, the final presents an opportunity to achieve the rare feat of winning three major trophies in development football. He has already bagged the Varsity Cup and DStv Diski Challenge.

"It's exciting. Personally it would mean a clean sweep for me. I've already won at the university level and Diski Challenge. To add another one would be fantastic. I'll be able to tick it off," said Vellios.

"For the boys, it will be great for them. I'm telling them to not let Kaizer Chiefs steal their light. They won the league, which is over 30 games. [If Chiefs win] for the rest of season people will be talking about them winning the Shield.

"I want them to stand on top of the mountain. SA must talk about them for a year. They must talk about what Stellenbosch did in the league and Shield. We are hungry to win it," he said.

The other weekend game at the Mpumalanga Stadium will be between Chippa United and Mamelodi Sundowns. They will meet in the third-place playoff game.

Fixtures (all games to be played at the Mpumalanga Stadium)

"Honestly, I should do better. I can’t expect to be a bronze (Fifa Club World Cup ) and silver (CAF CL) medalist and win."
Sport
4 weeks ago

Orlando Pirates have launched their slick new jersey for the 2022-23 season, though the price of R1099 has already set some tongues wagging.
Sport
4 weeks ago