Now or never for pumped up Banyana 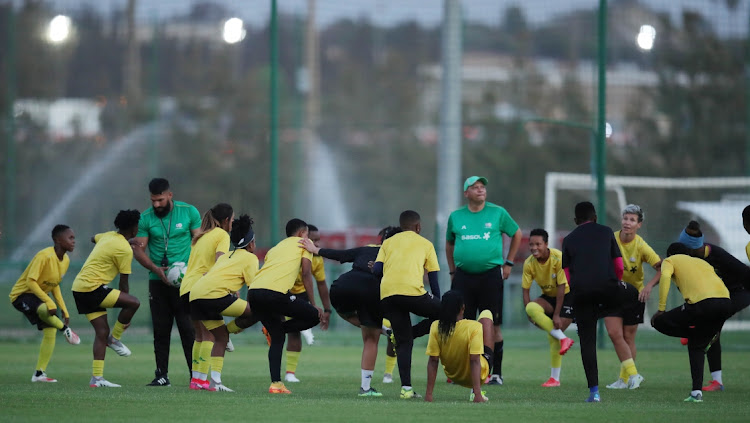 That Banyana Banyana have lost all their previous five Africa Women's Cup of Nations (Wafcon) finals will count for nothing when they meet the hosts Morocco in another decider at Prince Moulay Abdellah Stadium in Rabat on Saturday (10pm SA time).

This is the assertion of Banyana coach Desiree Ellis, who believes their maturity will come handy. It's the first time Morocco are in the Wafcon final.

Ellis also divulged they have a physiologist in camp who's been training players to be mentally sharp without being concerned about SA's poor record in the final.

"Our players have matured over the last four years [since losing the last final in Ghana in 2018]. They're playing at big clubs and they're ready for the final. It's one game, it's 90 minutes, we have to leave everything on the field."

Banyana's coach is banking on their mental doctor as well: "We have a mental coach here with us. She's done many sessions with the players to get them ready mentally. We thought it was important to have a mental coach because we can do it as football coaches but it's not our expertise."

"The players know what transpired in 2018. They know certain things didn't go our way. Remember, [Refiloe] Jane had to leave the tournament [after her then side Canberra United withdrew her on the eve of the final Banyana lost to Nigeria on penalties]. This is an opportunity for us to get that elusive gold medal. You've [got] to go all the way."

Left-back Sibulele Holweni is the only doubtful player for the final, having sustained a knee injury in the quarterfinal against Tunisia and missing the semifinal tie against Zambia on Monday. Ellis is adamant they have enough depth at left-back.

"We're waiting for a report from the medical team on Holweni to see if she's available or not. If she's not available it's not a big deal because we have a versatile group for any eventuality. [Karabo] Dhlamini did excellently against Zambia and we played Gamede at left-back in one of the games as well, so we have enough cover for that," Ellis stated.

Banyana Banyana know they are playing for a country in need of a pick-me-up, goalkeeper Andile Dlamini has said.
Sport
4 weeks ago

Former Banyana Banyana captain Portia Modise says the football federations of the four African teams that have qualified for the Fifa Women's World ...
Sport
4 weeks ago