I've apologised to Broos; it was a stage thing, says Bucs star 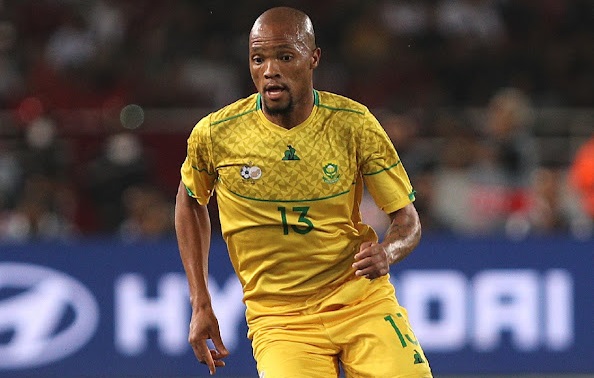 Goodman Mosele has accepted that he was wrong not to show up for a Bafana camp.
Image: Nour Akanja/BackpagePix

Orlando Pirates midfielder Goodman Mosele admitted he made a mistake when he absconded from his national team call-up last year.

Speaking to the media yesterday for the first time since the incident, where he was out for Bafana Bafana squad to face Ethiopia, Mosele said he learned from that mistake and promised it will not happen again.

“That’s a stage that I had to go through as a footballer in order for me to grow,” Mosele explained to the media yesterday.

“I went to the coach [Hugo Broos] to apologise and I also apologised to my club. The club and the national team all sat down and talked about it.

"It was just a phase that I was going through, but I learned the hard way.

“I’m not proud of how things happened. I have had my personal problems and people talk. You can’t stop them from talking.

“But I was going through something personal and I’m still sorry about how everything happened."

The 22-year-old is pleased that the talk he had with Broos helped him as he was given a second chance after he was recalled and promised not to disappoint again.

“Broos trusts us. He sees my play. He is a very good coach to work under because he trusts his players and doesn’t pay attention to age or things like that,” he said.

“He encourages us to perform, he’s a top coach and I’m not just saying this because he picks me. He’s a top coach, who would have thought I would play for Bafana at the age of 22?

"There are other young players like [Evidence] Makgopa and [Athenkosi] Mcaba. He really trusts us.”

Meanwhile, following his first season at Pirates, Mosele said he was surprised with the number of games he played as he didn’t expect it.

“It was difficult and I didn’t believe I would play those games. Many people didn’t believe in me, even at home, but players who played before me kept encouraging me to be myself without pressure.

“So, I told myself that I would work hard. I’m happy with my season."

Radiopane wanted to stay at Pirates, but is excited to work with Bartlett

While Orlando Pirates' promising striker Boitumelo Radiopane says he wanted to stay at the Soweto giants and fight for his place, he believes working ...
Sport
4 weeks ago

After skipping the Cosafa Cup, Bafana Bafana coach Hugo Broos is also set to give the African Nations Championship qualifiers a miss.
Sport
1 month ago

A youthful Bafana Bafana competing at the Cosafa Cup defeated a 10-man Botswana 2-1 to win the Plate final at Sugar Ray Xulu Stadium in Durban on ...
Sport
1 month ago

SuperSport United defender Keagan Johannes has sent a strong message to anyone who is of the view that the group of players that represented SA in ...
Sport
1 month ago

After being knocked out of the Cosafa Cup in the quarterfinals, a youthful Bafana Bafana redeemed themselves with a lukewarm 2-1 win over Madagascar ...
Sport
1 month ago
Next Article