National team coach isn’t overly celebrating her coach of the year award, focusing instead on returning to SA with the Women’s Africa Cup of Nations trophy. 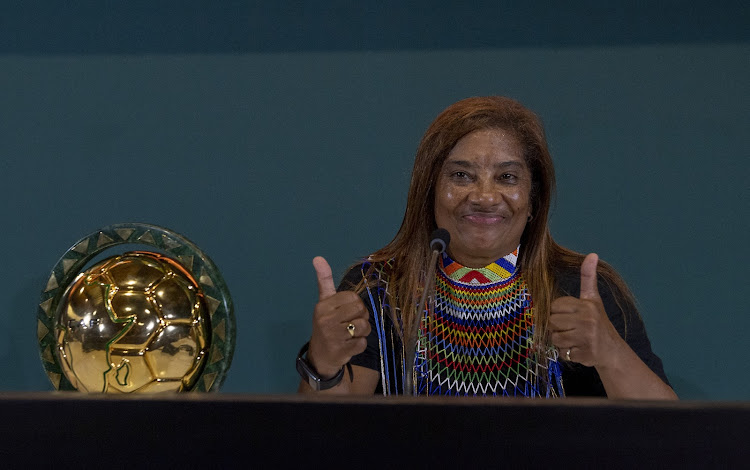 The award handed to Desiree Ellis by the Confederation of African Football (CAF), making her the undisputed queen of African football, was balanced by humility a day later.

Being named CAF coach of the year for a successive third time didn’t make the head of Banyana Banyana's coach big — instead she insisted everyone return quickly to reality.

Ellis has her sights set on another prize — the Women’s Africa Cup of Nations (Wafcon) trophy — when they take on hosts Morocco in the final on Saturday (10pm SA time).

But for a brief moment on Thursday evening Ellis basked in the glory of her work with Banyana and mixed with a galaxy of African stars, though she did so grudgingly.

“We have a very important game coming up and I didn’t really want to go [to the awards ceremony], but the team made me do it.

“I trust the people I work with, they took the session and it went absolutely magnificent while I could go there and represent them. This is an individual award, but it’s also not an individual award because we play in a team sport.

“This award could not have been possible without the team, the staff of Banyana Banyana and the coaches coaching in women’s football in the country.

“And without the fans back home who give us amazing support. It would not have been possible without the support of Safa and Sasol. It’s an award I received on behalf of everyone.”

Ellis’ humility lies in the fact that Banyana Banyana have been distracted before by celebrating small wins that ruined the bigger picture.

In the previous Wafcon, Banyana beat Nigeria in the opening round of the tournament and cruised to the final to book a place in the World Cup for the first time.

That win over Nigeria and World Cup qualification went to the team’s head, which led to them losing the final to Nigeria and retaining their “bridesmaid” tag, having lost in the tournament’s final five times.

In 2012, after beating Nigeria for the first time in a competitive match to book a place in the final hosted by Equatorial Guinea, Banyana again celebrated too much before the final and the hosts humbled them 4-0.

Ellis is wary of these two disappointments.

For motivation, she chooses to look at the 2015 victory over Equatorial Guinea in their own backyard.

That win helped Banyana qualify for the 2016 Olympics in Rio.

“When we came out on match-day we just saw a sea of red,” Ellis said.