Why is Tau injury prone all of a sudden?

It could be psychological, says ex-Bafana doctor 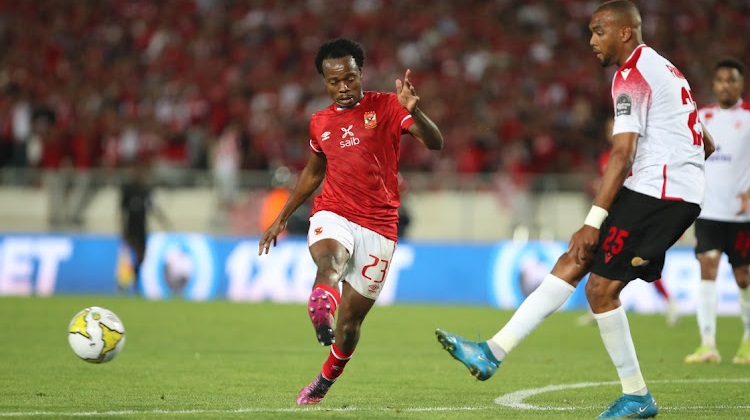 Percy Tau of Al Ahly is challenged by Amine Farhane of Wydad Casablanca during the CAF Champions League 2021/22 Final between Al Ahly and Wydad Athletic Club. The SA player could be feeling too much pressure in Egypt, says sports doctor Thulani Ngwenya.
Image: Weam Mostafa/BackpagePix

It's mind-boggling how Bafana Bafana star Percy Tau has been injury-prone of late.

During his Mamelodi Sundowns days, Tau was almost always fit such that during his last season in SA, the 2017/18, he impressively played all 30 Premiership games. In the 2016/17 term, the Al Ahly talisman missed just a single Premiership fixture for Sundowns. Tau is currently out, nursing a torn anterior muscle.

Since winning the Player of the Season gong with then Belgian second-tier outfit Royale Union Saint-Gilloise in the 2018/19 campaign, the lad from eMalahleni in Mpumalanga has never played more than 20 league games in a single season. At some of the clubs he's been to, like at Brighton & Hove Albion, it was a matter of him struggling with game time but a few niggling injuries also plighted his progress here and there.

Safa chief medical officer Thulani Ngwenya, who previously served as a Bafana Bafana team doctor, has shed some light on the factors that usually result to players getting  liable to injuries out of the blue. Ngwenya suspects for Tau it's a psychological thing, among other factors, that have seen him being injury-liable in recent months.

"I am not sure what's Tau's status because I am no longer a team doctor for Bafana. But there could be a number of factors. Psychologically there could be an issue but I am not sure. It could be an adaptation problem as well because when you change an environment, the training methods change and the conditioning thereof becomes different,'' Ngwenya told Sowetan.

"I really can't be sure about Percy but these are the factors that usually lead to players getting injured now and then. If there are things that are psychologically affecting you, you're bound to sustain injuries. That's why sports psychologists are important. I know that Percy has been quite under pressure in Egypt from the team, from the supporters and the media and Al Ahly legends as well. So it could be a physiological thing but we can't be be sure.''

October 2019: tendon irritation kept him out for four days.

June 2020: he was ruled out for a month due to a torn anterior muscle.

Khoza coy about taking all credit for Carling KO

After securing a second sponsorship in the Premier Soccer League in less than a week, league chairperson Irvin Khoza refused to take the glory all by ...
Sport
1 month ago

Motlhalo calls for cool heads after tough win over Nigeria

SA Football Association president Danny Jordaan has reiterated the urgency of introducing video assistant referee (VAR) in the country for the ...
Sport
1 month ago
Next Article