Khoza coy about taking all credit for Carling KO

New cup contest for PSL clubs to begin next year 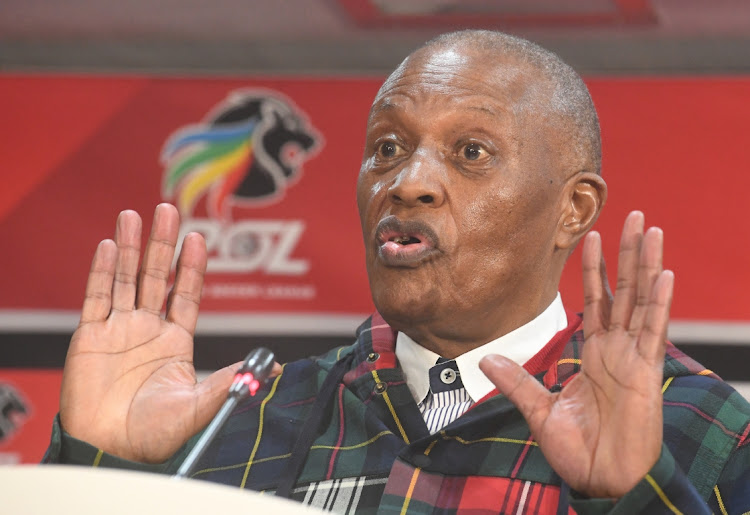 After securing a second sponsorship in the Premier Soccer League in less than a week, league chairperson Irvin Khoza refused to take the glory all by himself, saying every member of the league should be credited for the success.

Yesterday, Khoza announced that the newly formed Carling Knockout Cup would replace the Telkom Knockout from next year, run from October to December 16, where all the DStv Premiership clubs will be drawn in a straight knockout tournament.

The announcement of Carling just comes days after Khoza announced the Motsepe Foundation would be the new sponsors of the second-tier of South African football last week.

The league would now be called the Motsepe Foundation Championship as GladAfrica's sponsorship has lapsed. Speaking during the press conference yesterday, Khoza said he was not the only brain who had been involved in getting sponsors for the league.

“I think it would be very unfair that our members are not involved. The incident last week happened unexpectedly when the other sponsor (GladAfrica) decided to tell us just an hour before the meeting of the Exco [executive committee] that they are pulling out,” Khoza explained to the media yesterday.

“When we were discussing during the Exco, my concern was that we were supposed to submit fixture lists to the public, broadcasters and the sponsors to plan their activities.

“This was a question mark, so I had to intervene [by getting the Motsepe sponsorship]. This one (Carling Cup) I don’t want to take any credit for. It was Peter Mancer who did this one and he is responsible for this sponsorship, not me. Again, clubs are doing so much with limited budgets with no support because of the passion.”

The winner of the tournament will play a Carling XI on December 16 next year where it will feature six players chosen by fans from the teams that didn't make the final, with the other five players coming from the MultiChoice Diski Challenge.

Khoza declined to reveal the prizemoney, saying he has to discuss the matter with the PSL board of governors first.

It is also not clear whether the off-season Black Label Cup annual exhibition match between Orlando Pirates and Kaizer Chiefs would continue after 10 years.

Motlhalo calls for cool heads after tough win over Nigeria

SA Football Association president Danny Jordaan has reiterated the urgency of introducing video assistant referee (VAR) in the country for the ...
Sport
1 month ago

Sello confident Timm will make it at Pirates

Despite the stiff competition Miguel Timm will face at Orlando Pirates, Marumo Gallants chairman Abram Sello feels the midfielder will succeed at his ...
Sport
1 month ago

Mathiane shocked at how Arrows offloaded him

Matome Mathiane sounded disappointed after Golden Arrows told him they wouldn't renew his contract only three days before it expired.
Sport
1 month ago
Next Article