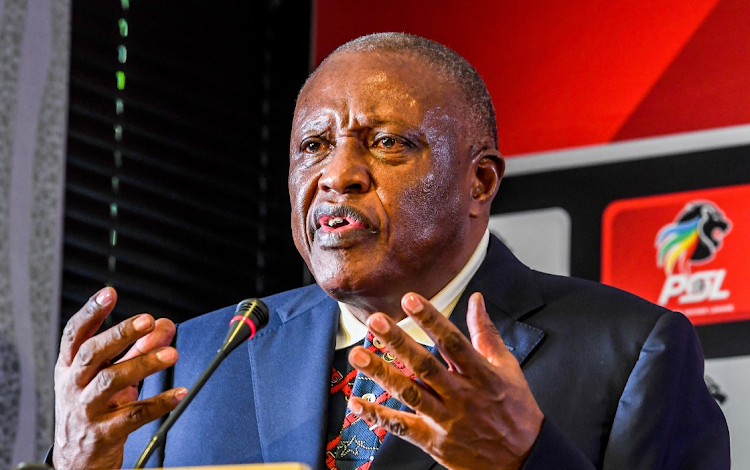 The Premier Soccer League (PSL) on Tuesday announced a new sponsor for its third cup competition, which will now be called the Carling Knockout Cup.

There has been a space for a new competition since the Telkom Knockout was discontinued after the 2019-20 season. In the past two years the PSL only had the MTN8 and Nedbank Cup as its cup competitions. Traditionally there have been three.

“The prize money [of the new competition] is a substantial amount. The shareholders and club owners have not been told. This time around it is good money in terms of fulfilling our obligations,” PSL chair Irvin Khoza said, without disclosing the amount.

The winners of the old Telkom Knockout pocketed R4m. Mamelodi Sundowns were the last victors, when they beat Maritzburg United 2-1 in the final at Moses Mabhida Stadium in December 2019.

Carling Black Label is the seventh brand to have sponsored this competition, known in many countries as the League Cup. Arcadia Shepherds won the first competition in 1982, then the Datsun Challenge, beating Highlands Park 2-0 in the final.

It has since also been named the JPS Knockout Cup, the Coca-Cola Cup and the Rothmans Cup.

SA Football Association president Danny Jordaan has reiterated the urgency of introducing video assistant referee (VAR) in the country for the ...
Sport
1 month ago

SuperSport United reserves head coach Thabo September says they want to go all the way in the DStv Diski Shield as he wants his players to get used ...
Sport
1 month ago

Sello confident Timm will make it at Pirates

Despite the stiff competition Miguel Timm will face at Orlando Pirates, Marumo Gallants chairman Abram Sello feels the midfielder will succeed at his ...
Sport
1 month ago
Next Article