City will sell Nodada to Downs should they find replacement 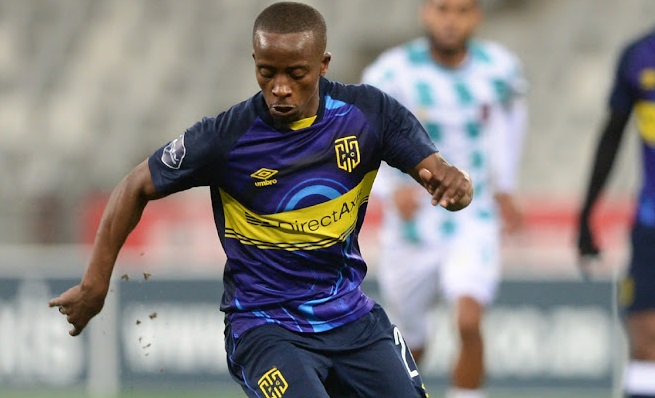 Cape Town City supremo John Comitis has sounded open to the idea of selling star midfielder Thabo Nodada to Mamelodi Sundowns, provided they find a suitable replacement as they'll be competing in the CAF Champions League this season.

Yesterday, reports indicated that Sundowns had approached City regarding Nodada, who's contracted to the Mother City-based outfit until June 2024. However, Comitis has revealed the Brazillians haven't made contact, implying they'll listen to them should they want to buy Nodada.

"We will analyse all that, but at the moment there's nothing discussed. We haven't heard from Sundowns. We will wait for a phone call from them because we've got a relationship there [at Sundowns]. Sundowns will speak to us if they're really keen and we'll take it from there."

In the past, Nodada has made it clear he's ready for a new challenge. The diminutive 27-year-old midfielder was heavily linked to Orlando Pirates and Kaizer Chiefs in January.

The City star told Sowetan's sister outlet TimesLive Podcast last year it'd be a dream come true for him if a move to Naturena were to materialise.

"I need a new challenge, and what better challenge would it be than to play for a team that was your childhood dream [referring to Amakhosi]? I’d definitely be excited with a challenge like that. I think definitely. I have said it before,'' Nodada said in February last year.

In December, the Citizens sold their talisman Surprise Ralani to Sundowns, an indication that these two clubs enjoy a good relationship. Ralani was the second City player to be sold to the Brazillians in recent seasons after Aubrey Ngoma in 2020.

Having been away from top-flight football for six years, new Royal AM coach Khabo Zondo is proud that the club headhunted him.
Sport
1 month ago

Panyaza Lesufi steps down as president of Swallows FC

Panyaza Lesufi has stepped down as president of Swallows FC after his election as Gauteng provincial chair for the ANC.
Sport
1 month ago
Next Article