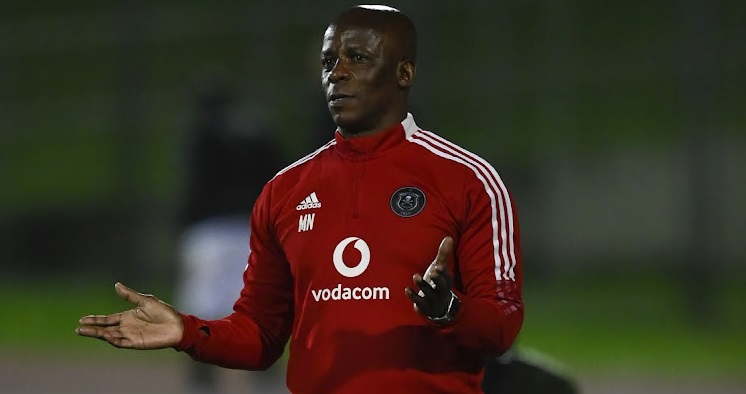 Since their humiliation at the hands of Mamelodi Sundowns in February 2017, the Buccaneers have had four coaches from Europe, Kjell Jonevret, Milutin Sredojevic, Josef Zinnbauer and now Jose Riveiro, who was appointed at the weekend.

In between, local coaches Rulani Mokwena, Mandla Ncikazi and Fadlu Davids were in charge only on an interim basis.

The only appointment they seem to have got right was that of Sredojevic, who led them to runners-up finishes in the DStv Premiership behind Mamelodi Sundowns in 2018 and 2019, while Zinnbauer brought the MTN8 title in 2020.

While they have gone the European route by bringing in unknown coaches who lack success in terms of trophies and have little experience, the Buccaneers appear to be content with that route.

Instead, Bucs preferred Riveiro, who has not won anything notable in a career that last took him to Finland.

Former Bucs goalkeeper Brighton Mhlongo belives that the club should have gone local this time and gave Ncikazi an opportunity to lead the team after guiding the club to the CAF Confederation Cup final.

“For me, I would say give a local coach a chance but at the same time there was not enough faith in the local coaches due to the performances that they gave towards the end of the season,” Mhlongo told Sowetan yesterday.

“Let’s wait and see in the MTN8 how he [Riveiro] performs and we would have an idea of what’s happening but I would have loved to see a local coach like Mandla Ncikazi continue and be given a platform to showcase his capabilities because he has done well with Golden Arrows.

"Even at Pirates he did fairly well. He took the team to the Confederation Cup final.”

Jonevret and Zinnbauer are currently unemployed, while Sredojevic landed the glamorous Zamalek job and moved to Zambia before rejoining the Uganda national team.

Mokwena, who was an interim coach in 2019, has returned to Mamelodi Sundowns, while Ncikazi will be assisting Riveiro.

Since he left Pirates, Jonevret went on to coach Swedish side IF Brommapojkarna in 2019, while Zinnbauer is yet to find a club.

Meanwhile, Pirates confirmed on Tuesday that Nkanyiso Zungu and Bongani Sam have joined Richards Bay, while Boitumelo Radiopane has moved to GladAfrica Championship side Cape Town Spurs on a season-long loan.

The SA Under-23 team assembled for camp on Monday ahead of the 2022 Cosafa Cup in Durban.
Sport
1 month ago

Baroka chair Khurishi Mphahlele says they will be letting go of their senior players this week, and go back to their tried and tested recruitment ...
Sport
1 month ago

Malesela frustrated as jobs elude him

Dan Malesela is getting frustrated as he has not been approached by any team since his contract with Marumo Gallants was not renewed.
Sport
1 month ago
Next Article