Will Usuthu regret bringing in double trouble in Mhango, Zuma? 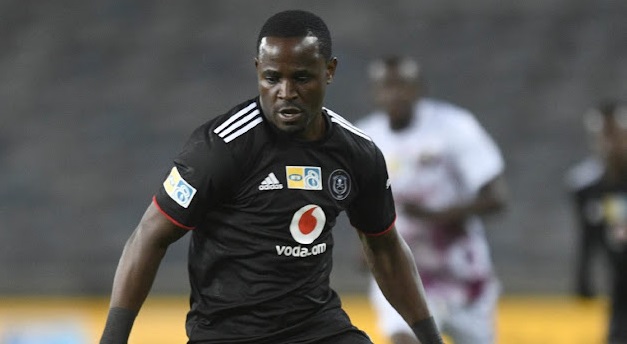 There’s a notion that AmaZulu will, like it happened with bad boy Phakamani Mahlambi, regret signing Gabadinho Mhango and Dumisani Zuma in light of their disciplinary issues at their previous clubs.

Mhango joined AmaZulu from Orlando Pirates in a swap deal that saw Tapelo Xoki go in the opposite direction, while Zuma came as a free-agent after Kaizer Chiefs released him while he still had a year left on his contract. In September last year Mhango made headlines for the wrong reasons when it emerged he had failed to settle a R26,000 bill at a Pretoria nightclub. Since then, the Malawian star has struggled to knuckle down at Bucs.

At Chiefs Zuma was suspended a number of times. He was even sent to a rehabilitation programme.

It’s not the first time Usuthu gamble by bringing in players with a history of ill-discipline to the club. In December 2020 they signed Mahlambi, who boasts a well-documented record of noncompliance, on loan from Mamelodi Sundowns. The move backfired as the 24-year-old only managed three games in Durban.

AmaZulu owner Sandile Zungu believes he has a solid plan to keep Mhango and Zuma focused in Durban, a city where fast living is a norm. The Usuthu supremo is relying on the duo’s agents, Mike Makaab and Basia Michael to help the club manage them, adding there will be repercussions if these players misbehave.

“You only talk to them and then hope. I will come up with measures to make sure they only focus on football. Mhango’s agent Makaab is based in Durban and I am very close with Zuma’s agent as well, Basia, so in that way I will rely on that,” Zungu told Sowetan.

“If a player doesn’t behave there are implications and stern consequences, and it will be no different with Mhango and Zuma. I strongly believe it will work out for them at AmaZulu because we also have that family environment.”

Jomo Cosmos' last-ditch attempt to remain in the GladAfrica Championship has blown up in their faces after they bizarrely withdrew their complaint ...
Sport
1 month ago

While many feel Ronwen Williams may struggle to topple Denis Onyango and Kennedy Mweene in the battle for the No 1 jersey at Mamelodi Sundowns, ...
Sport
1 month ago

Arminia Bielefeld Academy director Finn Holsing says SA can follow in the footsteps of the German football association by focusing on youth ...
Sport
1 month ago
Next Article