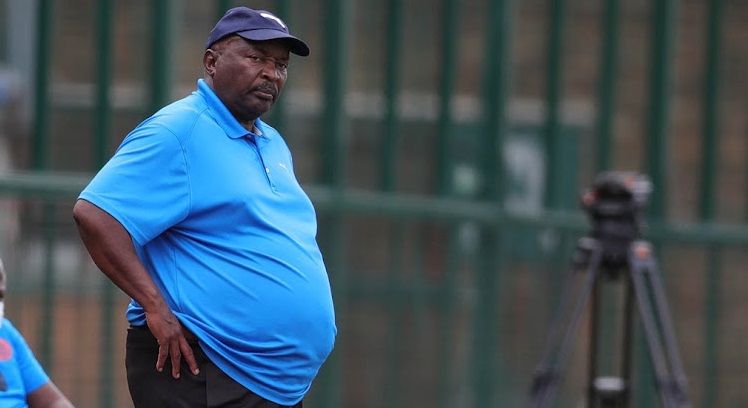 Jomo Cosmos' last-ditch attempt to remain in the GladAfrica Championship has blown up in their faces after they bizarrely withdrew their complaint against Hungry Lions hours before their scheduled appearance at the PSL Disciplinary Committee on Monday.

Ezenkosi alleged that Hungry Lions fielded a defaulter in Tshepo Mohlala, claiming they never gave the  player his clearance from the time he was in their youth structures.

Jomo Sono's relegated team were hoping for Lions to be docked points. However, they retracted their complaint after receiving the defendant's evidence.

“Can you believe it? Once we dropped our evidence they do that [withdraw the case]. It's unbelievable what these guys are doing to football, my heart is sore. They tried to tarnish this young boy's future. It's hurtful. The boy's agent wants to take this forward because this thing was hurting the boy,” said Lions head coach Hendry Basie.

The club's attorney, Karabo Tshabuse, elaborated on what led to Cosmos withdrawing their case, saying they acknowledged that the player belongs to Kaizer Chiefs just as Lions maintained when they were served.

“We suspect on the production of our evidence pack, they realised we were onto them. The lawyers of Jomo Cosmos called me afterwards, withdrawing their complaint,” said Tshabuse.

“When I asked them what the reason was, they said our evidence pack shows that we had the documents to prove that the player was a Chiefs player. We're going to follow up with a request that they must be looked up for misconduct and possibly fraud.”

She said in their evidence they had proved that Cosmos had fabricated documents and registration cards.

“As we were preparing for the hearing, what we uncovered was evidence of fabrication of documents and cards that Jomo Cosmos were saying were of the player. We included that in our evidence bundle.

“They fabricated the picture of the player they purported was used when he was 16. We were able to prove that the picture was from when the player was 21,” Tshabuse said.

While many feel Ronwen Williams may struggle to topple Denis Onyango and Kennedy Mweene in the battle for the No 1 jersey at Mamelodi Sundowns, ...
Sport
1 month ago

Arminia Bielefeld Academy director Finn Holsing says SA can follow in the footsteps of the German football association by focusing on youth ...
Sport
1 month ago

Having dominated SA football for a while, Mamelodi Sundowns need to prove themselves in the CAF Champions League, said CAF president Patrice Motsepe.
Sport
1 month ago
Next Article