Tlale feels Bafana skipper could struggle to take No 1 jersey 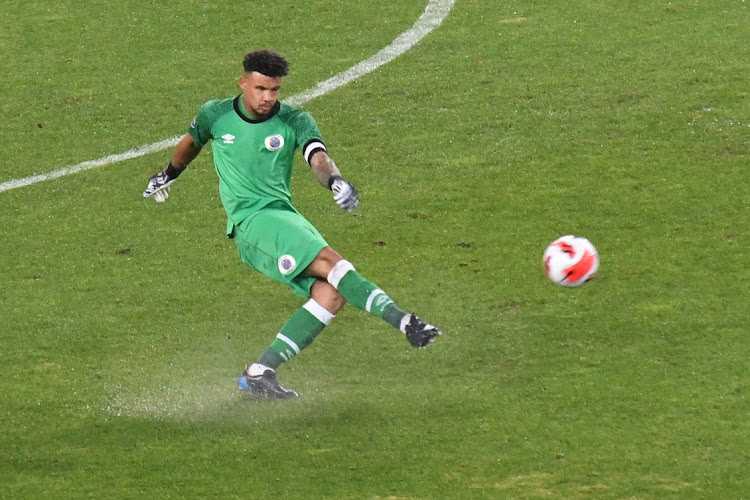 Ronwen Williams of SuperSport United is said to be on the verge of joining Mamelodi Sundowns.
Image: Lefty Shivambu

While many feel Ronwen Williams may struggle to topple Denis Onyango and Kennedy Mweene in the battle for the No 1 jersey at Mamelodi Sundowns, former keeper John Tlale says this is a move that will take him out of his comfort zone.

Williams is expected to complete a move from SuperSport United to Sundowns before the new season starts. He will compete with Onyango, Mweene, Reyaad Pieterse and Ricardo Goss for the No 1 jersey.

The 30-year-old goalkeeper has openly revealed that he is ready to move to Sundowns as he wants to win the DStv Premiership title.

“Let him go and compete. He has been in a comfort zone at SuperSport,” Tlale told Sowetan on Monday.

“Sometimes you may think you are the best, playing week in and week out. Even if you make mistakes you know that next week you will play. Let him go there, and I think he will up his game knowing that he won’t go there and relax. He will have to perform to his best in order for him to win the position.”

Tlale admitted that it would be difficult for Williams to win the No 1 jersey but that he may need to be patient with both Onyango and Mweene at the end of their careers.

“To be honest it is going to be difficult but he can go and compete. He is younger than them and those guys are at the end of their careers and in two years’ time I don’t think they will be the same,” he said.

“That’s when he will take over, but now I think they will give him a chance. He is a good goalkeeper. He proved [that] at Bafana Bafana against Morocco. Let him get out of his comfort zone.

“Even though it is risky, sometimes in football you take those risks. He wants to win the league and everyone wants to play for Sundowns.”

Defeated Safa presidential hopeful Ria Ledwaba, who lost her position in the national executive committee of the SA Football Association (Safa), has ...
Sport
1 month ago

Arminia Bielefeld Academy director Finn Holsing says SA can follow in the footsteps of the German football association by focusing on youth ...
Sport
1 month ago

Having dominated SA football for a while, Mamelodi Sundowns need to prove themselves in the CAF Champions League, said CAF president Patrice Motsepe.
Sport
1 month ago
Next Article