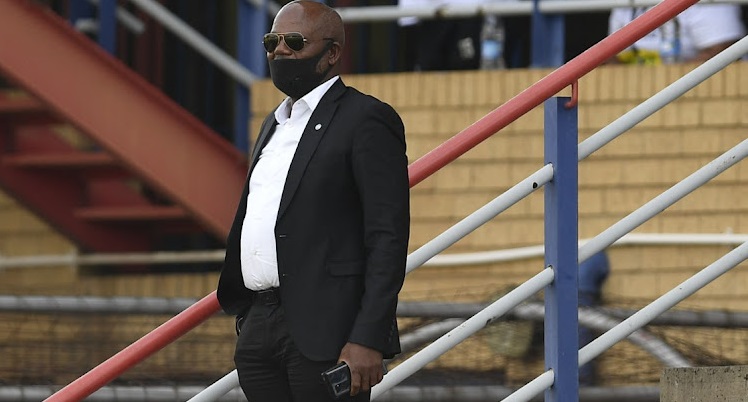 Baroka chair Khurishi Mphahlele says they will be letting go of their senior players this week, and go back to their tried and tested recruitment method of unearthing rough diamonds as they prepare for life in the GladAfrica Championship.

The reality of dropping to the second tier has sparked a mass exodus, forced by age limitation regulations, which are common in the NFD.

For Baroka, who have been quiet in the off-season, the upcoming days will see their front office busy as they will be knee-deep in negotiations with their players and their camps that will determine whether they keep working together or part ways.

The likes of Zambian international Cyril Chibwe and Bafana Bafana internationals Evidence Makgopa and Denwin Farmer are some of the players who said their goodbyes to the Limpopo outfit, and many more are expected to follow suit.

“We are still going to decide on players; their contracts come to an end on Thursday. We’ll have a meeting with them,” said Mphahlele.

“Those who want to leave, we’ll let them go, those who we want to stay, we’ll ask them to stay. We have to make sure [coach] Vincent Kobola gets what he wants in terms of player personnel. It’s also his task to assemble a good side.

“The side we had was full of senior and experienced players, which we can’t keep, so we have to get young players with energy and talent, so they can help the team bounce back. After the month end we’ll have a clear idea on who is staying and going,” he said.

Baroka managed to introduce players such as Makgopa, Oscarine Masuluke and Goodman Mosele to SA football. They went on to become household names and create better fortunes for their families.

Mphahlele says they will go to unfavoured areas to find hidden gems and give them a platform to showcase their talent and secure sustained livelihoods.

“That’s our strong point. We’ll keep doing what we know best. We can’t change and do something we have no knowledge and experience of,” he said. “Our experience is to get young players and polish them so they can help themselves and help the team as well.”

Malesela frustrated as jobs elude him

Dan Malesela is getting frustrated as he has not been approached by any team since his contract with Marumo Gallants was not renewed.
Sport
1 month ago

Downs return in July not top of February's mind

After helping Swallows survive relegation by winning the play-offs, talented goalkeeper Jody February says he won't be disappointed if he doesn't ...
Sport
1 month ago

Will Usuthu regret bringing in double trouble in Mhango, Zuma?

There’s a notion that AmaZulu will, like it happened with bad boy Phakamani Mahlambi, regret signing Gabadinho Mhango and Dumisani Zuma in light of ...
Sport
1 month ago

Jomo Cosmos' last-ditch attempt to remain in the GladAfrica Championship has blown up in their faces after they bizarrely withdrew their complaint ...
Sport
1 month ago
Next Article