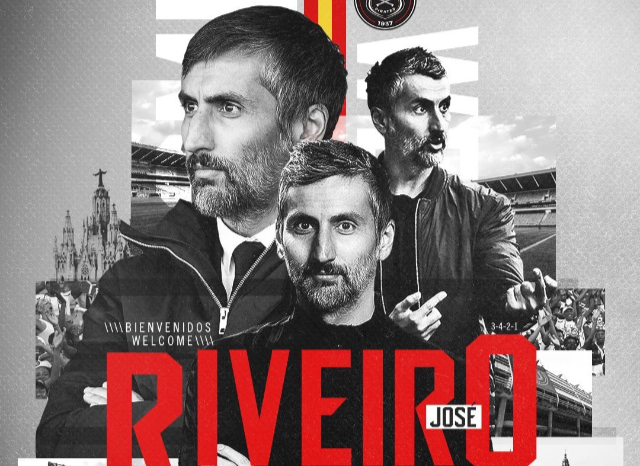 A noticeable lack of trophies and inexperience in coaching were the first things sceptical South African football fans noticed when Orlando Pirates unveiled José Riveiro as their new coach on Saturday.

Riveiro was assistant coach at HJK Helsinki in Sweden from 2016 to 2018 and head coach of FC Inter Turku in Finland from 2019 to 2021. He has not won a single trophy, which has raised eyebrows among the Bucs faithful.

The 46-year-old got his first job as a head coach in October 2018 when he joined FC Inter Turku as he worked his way up the Finnish top-tier league. He led Inter to a second-place finish in his first season in charge. His highlight was qualifying Inter to the less prestigious Uefa Europa Conference League.

Riveiro left Inter in October last year and that was his last coaching job. His appointment came as a shock to many, but not tor former Pirates midfielder Benson Mhlongo.

Despite Riveiro CV not being impressive, Mhlongo said Pirates supporters must just give him a chance and see what he can offer before judging him.

“Ruud Krol gave them a treble in the past, so we cannot argue. Who knows what will happen? Maybe this is something they want to build with him,” Mhlongo told Sowetan yesterday.

“With the style of play because there is a lot you get from a coach, so let’s give him a chance and see what he can bring. I think the owner and the board are the ones who can clarify things because people decide differently. If the owners feel it is the right decision they took, who are we to argue?”

Mhlongo doesn’t believe the club undermined Ncikazi. “I don’t think they are undermining coach Ncikazi because we don’t know the internal mission they want. But Pirates and Kaizer Chiefs will always be clubs that bring coaches from outside. So every team has its own way of operating.”

Riveiro’s technical team will also include Miguel Bellver Esteve as a fitness trainer and Tyron Damons as a goalkeeper coach.

SA Football Association (Safa) president Danny Jordaan and CEO Tebogo Motlanthe have apologised for the rants against and manhandling of the media ...
Sport
1 month ago

Patrice Motsepe: 'I can fully understand the unhappiness of Ahly over Morocco hosting the CCL final'

Confederation of African Football (Caf) president Patrice Motsepe has defended his organisation's decision to have so many Caf events hosted by ...
Sport
1 month ago

Orlando Pirates have hired little-known José Riveiro of Spain as their new head coach.
Sport
1 month ago
Next Article