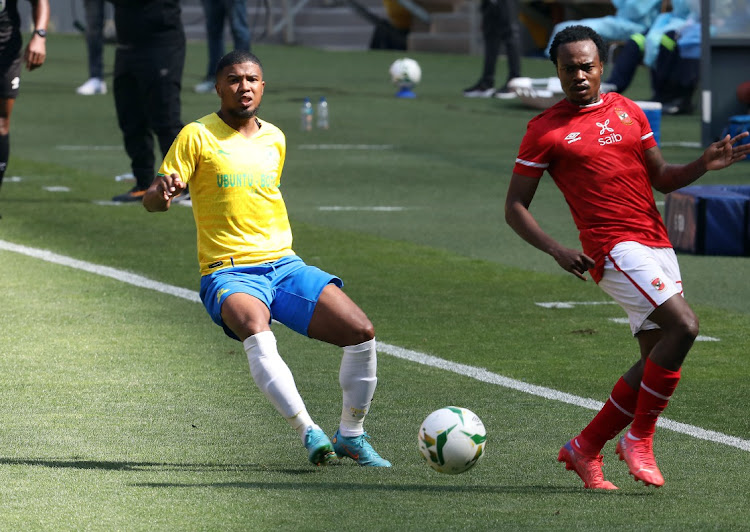 Having dominated SA football for a while, Mamelodi Sundowns need to prove themselves in the CAF Champions League, said CAF president Patrice Motsepe.

Sundowns have been dominating the DStv Premiership, winning five successive league titles, and Motsepe wants to see them do well in the continent.

The Brazilians only won the Champions League in 2016 and since then, they have failed to reach the final despite having a good run in the group stages.

Motsepe, however, is confident that Sundowns, alongside Orlando Pirates and Kaizer Chiefs, will do well in the future.

“If you look at how Mamelodi Sundowns won the titles, they have done a good job and they have to win in Africa,” Motsepe said during the SA National Editors’ Forum (Sanef) annual general meeting in Johannesburg on Saturday.

“They’ve got to prove themselves on the continent. All I’m saying is, Kaizer Chiefs will win trophies because we need them to win trophies.

“Orlando Pirates will win trophies as well. We need them to win trophies. There are challenges in SA football but I’m confident that they will do well and grow and will be among the best in the continent.

Motsepe spoke at length about the importance of grassroots sports programmes in the country, saying Safa president Danny Jordaan should prioritise it after he was elected president again on Saturday at the Safa elective congress.

“There is world-class talent in SA but a part of that is to invest in our youth. We should not talk about that only, we should allocate resources and funding and it starts with schools and amateur football,” Motsepe said.

“I’m proud of the work they are doing in the PSL. I’m proud of Pirates, Chiefs and all other teams in the league. Football is also an expression of the ability of SA players to compete against the best in the continent and the best in the world and win.

“We should keep on spreading the good message, the inspiration and make resources available.”

A noticeable lack of trophies and inexperience in coaching were the first things sceptical South African football fans noticed when Orlando Pirates ...
Sport
1 month ago

Patrice Motsepe: Caf will not tolerate bullying of journalists

The Confederation of African Football (Caf) will not tolerate any form of bullying of journalists covering football events, the organisation's ...
Sport
1 month ago
Next Article