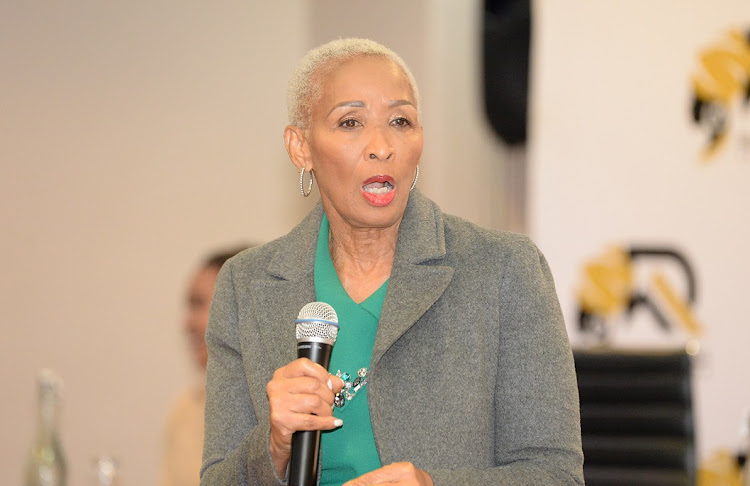 Ria Ledwaba during the Young Women's Dialogue in Sport in support of her challenge for the SA Football Association presidency at Protea Hotel Midrand on June 22 2022.
Image: Lefty Shivambu/Gallo Images

This is because, Motlanthe said, Safa statutes state that the vice-president has to be a national executive committee (NEC) member.

Ledwaba, who lost to incumbent Danny Jordaan challenging for the presidency in Safa’s elective congress at Sandton Convention Centre on Saturday, was not cleared to stand in the election for NEC positions.

The governance committee said Ledwaba had not been nominated by her own region to stand for the NEC, as Safa statutes require, and that she had not sent a letter confirming she would accept the candidacy.

“Ria is no longer a member of the national executive committee — she only contested the presidency, she did not qualify to run for the NEC,” Motlanthe said.

Ledwaba on losing Safa election: ‘I will not rest until Jordaan is out of football’

Ria Ledwaba said she will not rest until Danny Jordaan is out of football after losing the election battle for the presidency of the SA Football ...
Sport
1 month ago

“So if she’s no longer a member of the NEC she can’t be a vice-president. The only automatic vice-president is the chair of the league, and the others must come from the NEC.”

Asked if that ruling is in the Safa statutes, Motlanthe said: “Yes, it’s in the constitution.”

Given Ledwaba took Safa to court to try to stop the elective congress it would not be a surprise if the association makes moves to expel her from its ranks.

Among constitutional amendments made at a March 26 extraordinary congress were that the Safa president now appoints vice-presidents, who are no longer voted in.