Midfielder maestro plans to add more assists to his game 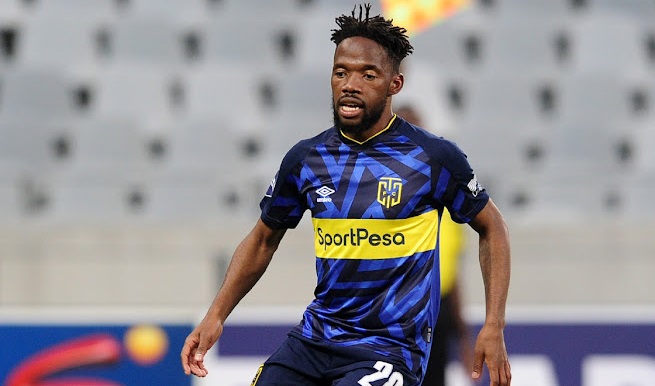 Cape Town City midfielder Mduduzi Mdantsane says the family-like environment at the club helped him blossom as he was an integral part of the team's success last season.

Mdantsane arrived at City from Baroka in January 2020, and it took him time to settle.

However, in the two full seasons he has played for the club he has grown into a more polished player, fine-tuning aspects of his game that needed improving. He has made telling contributions in that period, scoring 19 goals from the attacking midfield position.

Reflecting on how his journey at City has been so far, Mdantsane pointed out how the players and management welcomed him with open arms. That warmth allowed him to settle and fit like a glove in the team.

"I clicked with the players I met here. Cape Town City is a big family, they're welcoming. Whoever comes in they make sure he fits [in] quickly. When I arrived here everything just aligned. I was lucky," said Mdantsane.

"From the management to the players, we support and love each other. We make sure everyone fits. For me, everything clicked and the style of play of the team and mine," he said.

Often playing at the tip of a midfield triangle, much of the ball in the team's attacking play goes through Mdantsane. He took on the responsibility that comes with being the No 10  as the team tried to compliment him and based play around him.

"Most of our game is in the midfield. You have to be comfortable on the ball and can't keep it without knowing where you're going to take it. I'm one player who tries to be in open spaces, pockets and positions where I can have a chance to score.

"Before, I would get in the box but I would miss, so here, knowing I can receive the ball anywhere because of the players we have, the only thing I needed to do was score goals because I was always in the right position," Mdantsane said.

City have already reported for preseason and Mdantsane is focused on next season.

"I need to work on creating assists, especially as a No 10. You can score goals but to be content you need to create assists. I was lacking last season, that's something I want to improve," he said.

"I want to be involved, I don't want to be a number on the ground. I want to create in the final third for other guys to score or be in good positions. I want to help the team win silverware, that's the most important," he said.

Banyana Banyana star Jermaine Seoposenwe has addressed the rumours that she had a fallout with coach Desiree Ellis hence she's not featured for the ...
Sport
2 days ago

Bucs' Mabasa could be loaned out to City

Kaizer Chiefs looked to have made some serious moves in the transfer window and former defender Tefu Mashamaite is encouraged by the new signings. He ...
Sport
2 days ago

Kaizer Chiefs football manager Bobby Motaung is convinced the signing of Dillon Solomons from Swallows won't come back to haunt them like it happened ...
Sport
2 days ago
Next Article