Bucs' Mabasa could be loaned out to City 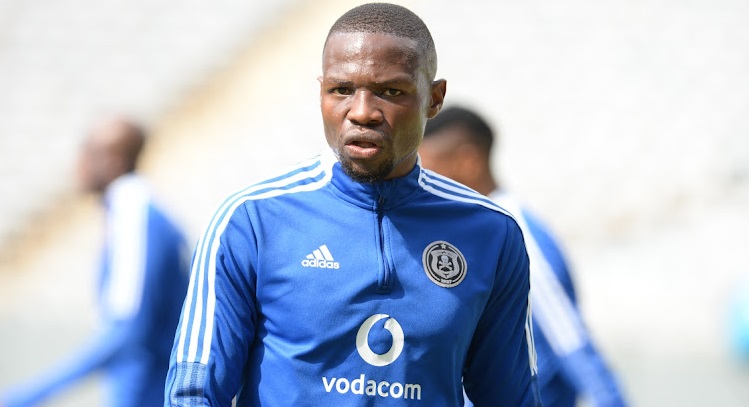 After Orlando Pirates confirmed the arrival of strikers Evidence Makgopa and Bienvenu Eva Nga, Tshegofatso Mabasa is likely to join Cape Town City on a season loan, Sowetan has been informed.

Mabasa has struggled with form for the Buccaneers in the recently concluded season, with 22 appearances across all competitions – scoring only three goals and one assist.

A source close to Mabasa said that the move is almost done and Mabasa will join the Citizens before the season starts to make way for the new strikers.

The Buccaneers also have young sensation Boitumelo Radiopane, Kwame Peprah and Zakhele Lepasa as strikers and will all be fighting for the starting line-up next season.

Mabasa's agent Jazzman Mahlakgane would not confirm or deny the move, saying loan deals are between two clubs and he is not involved.

“For loan deals, speak to the clubs; I can only speak about players who are on transfer or released,” Mahlakgane told Sowetan yesterday.

“Because the loan agreement is between the two clubs to agree not me, so speak to Pirates; they will give you a comment and then talk to a team he is going to then me. We can have a conversation afterwards.

“As it is now, it is not my story. It is the club's story, so they are the ones who can confirm that, not me.”

The Citizens chairman John Comitis and Pirates football administrator Floyd Mbele could not be reached for comment yesterday.

A move could be what the 25-year-old needs to regain his form. His confidence took a knock when he was substituted in the first half by Bafana Bafana coach Hugo Broos in the World Cup qualifier against Ethiopia last November.

Broos told the media back then that he was forced to make the early change when he noticed Mabasa was struggling to adapt to the plan they had prepared for the East Africans.

Since then, the ex-Bloemfontein Celtic striker has not been the same, with his confidence low as he struggled at Pirates.

Mabasa was also linked with a move to Richards Bay and Sekhukhune United, but it looks like the Citizens, who will be participating in the CAF Champions League next season, will have him.

Kaizer Chiefs looked to have made some serious moves in the transfer window and former defender Tefu Mashamaite is encouraged by the new signings. He ...
Sport
2 days ago

Kaizer Chiefs football manager Bobby Motaung is convinced the signing of Dillon Solomons from Swallows won't come back to haunt them like it happened ...
Sport
2 days ago

There are two outstanding regional disputes SA Football Association (Safa) is working around the clock to settle before Saturday’s elective congress.
Sport
3 days ago
Next Article